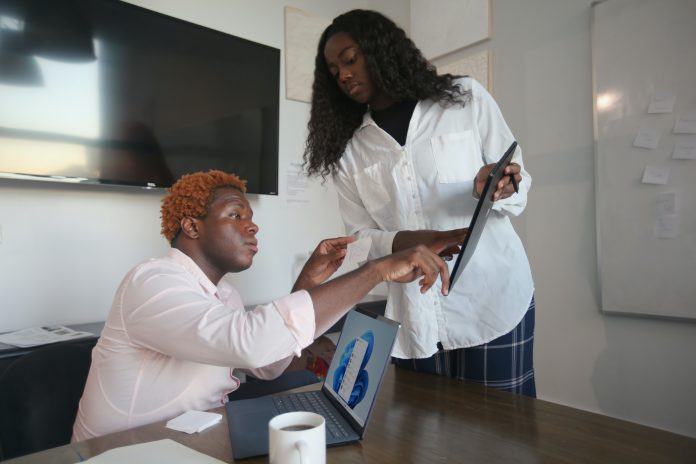 I listened in as the executives discussed the existing and future status of the company – their discussion went from mutual ideation to bargaining, with a few genuine disagreements tossed in for good measure.

It was evident that there was considerable tension amongst the leaders on many occasions, particularly when more than one individual claimed authorship for a project. One case in particular demonstrated the difficulties of shared responsibility while also demonstrating a method for clarifying duties and working from individual strengths.

The immediate issue was to motivate team members to take on and start new initiatives that everyone thought were necessary, all while supporting one another and sharing resources for the benefit of all projects. These ideas were discussed in staff meetings on a regular basis.

The leadership assumption was that team members would pitch in when they could, but the majority of nonleadership team members kept to their specifically allocated roles. The leaders were dissatisfied and upset, and they couldn’t figure out why they weren’t receiving a better reaction.

So, at one of our meetings, I performed a retrospective with the two executives in charge of recruiting, screening, onboarding, and managing team members. We intended to examine how the half-hearted team members were chosen, oriented, and guided, learn as much as we could from their experiences, and identify any useful improvements that might be made to present operational procedures.

We came to various findings after having an open discussion with these leaders about their behaviors, perceptions, and talents.

Begin with your advantages

One of the leaders was a founding member who excelled at making both the organization and the positions seem vibrant and intriguing. He welcomed new staff with open arms, making them feel at ease and valued members of the team.

The second leader, who had joined the company a bit later, was better at recognizing when and if new workers demonstrated comprehension. She was considerably more constant in checking in with folks and urging or pressing them to engage.

While each of these leaders was an expert in his field and was sincerely devoted to the organization’s objective and to working effectively with one another, they were new to this degree of responsibility for the performance of others. They were also disappointed that many team members didn’t seem to be self-starters, realizing what needed to be done and stepping up to accomplish it in the same manner that the leaders had.

Separate but mutually supportive responsibilities should be established

We devised a basic strategy to divide their duties based on the tasks that each of the leaders appeared to favor and be more willing to accomplish on a regular basis, as well as their agreement on the correctness of each other’s self-assessments.

The company’s founder liked sharing his vision for the future and orienting new workers, and he was skilled at guiding employees toward the areas and duties in which they were most interested. He loved the large picture and broad message but had little time for day-to-day operations, forecasting where people were likely to go, or devising specific strategies to encourage and prod them back on track. He would be in charge of the bulk of the orientation and work assignments, they decided.

The second leader was less apprehensive about reminding people of their tasks and assisting those who were falling behind in figuring out what was wrong and how to improve, so she took on a supervisory, performance, and coaching role on a continuous basis.

Both leaders would continue to be heavily engaged in the interviewing process and pool their opinions. They respected each other’s ability to spot “yellow flags” — potential red flags — but the second leader seemed to have a better sense of potential risks and ways to mitigate those risks, so they agreed to trust her judgments about probationary periods and where a team member needed extra direction and guidance.

The two leaders agreed that if something went wrong, they would try not to see reminders or corrections as signs of employee or management failure, but rather as part of the normal course of business, and they planned a more consistent cadence of one-on-one and staff meetings to foster greater employee engagement.

These leaders are nonetheless responsible for their team members and their successes as a whole. They came up with an unified strategy that has a far higher chance of success because they were able to have an open talk about their own capabilities and were ready to alter their focus and actions.