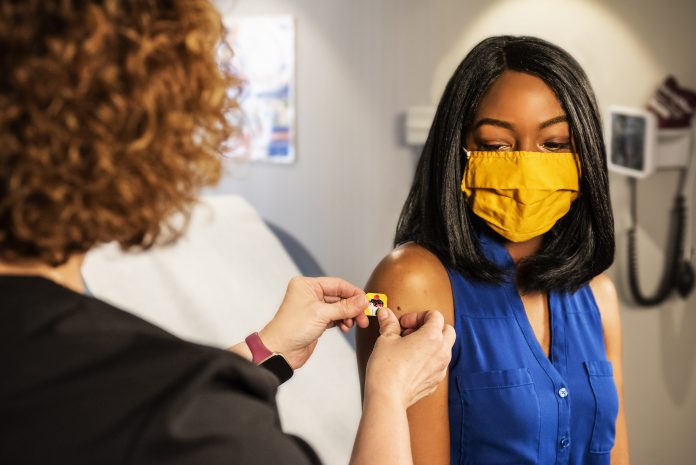 On Omicron, the leaders are burying their heads in the sand of reality. If they do not take the necessary procedures, the consequences might be disastrous for their businesses.

The Pfizer two-shot vaccination against Omicron provides 33% protection against infection. As a result, Omicron has a considerably better chance of evading vaccinations and natural immunity.

A booster vaccination from Pfizer increases protection to roughly 75%. Despite this, polls reveal that Omicron has had no effect on Americans’ willingness to acquire a booster or even a first vaccination dosage.

The administration is not taking any significant steps in this regard. As a result, businesses must assume leadership.

However, organizations lose their competitive edge due to a basic lack of vision regarding the future of work.

The Omicron wave is on the way

A significant winter wave of Omicron is expected in the United States, according to scientists. This is due to the spread of Omicron in other nations.

Our genetic sequencing lags much behind that of nations with comparable cultures and climates, such as the United Kingdom. Every few of days, it detects a doubling of Omicron instances.

Since the epidemic started, the UK health authorities has dubbed Omicron the “most significant threat.” Someone in the nation has already died from Omicron.

Consider Denmark, which has seen the pandemic’s greatest case burden because to Omicron. For the same reason, Norway has a relatively high COVID case growth rate.

The one saving grace is that Omicron seems to produce less disease than Delta thus far. The World Health Organization, on the other hand, has issued a warning regarding the “mildness” narrative.

The unvaccinated – as well as those who have been vaccinated but are older or have underlying health concerns and have not had a booster — are nonetheless at danger of serious illness and death, according to the report.

A lack of action that is meaningful

The less severe overall character of Omicron is undermined by the significantly quicker disease transmission and vaccination evasion. As a result, hospitals, including those in the United States, are at risk of becoming overburdened, according to the Center for Disease Control.

Denmark and Norway have recently announced tighter COVID restrictions in response to this threat. The United Kingdom did as well.

Despite this grave danger, we witness a lack of actual action in the United States. If Omicron hadn’t previously been found in almost half of the states, the federal government tightened foreign travel limits, which could have helped.

It’s looking at Omicron-specific boosters, which would take at least three months to be authorized, long after the Omicron wave had passed through the United States.

The true game-changers, though, are not taking the actions.

Paxlovid, a COVID antiviral medication developed by Pfizer, reduces the risk of hospitalization and mortality by 89 percent. Since of this efficacy, the FDA authorized Pfizer’s request to conclude the study early because it would be unethical to deny the medicine to the control group.

Despite this, the FDA hastened the approval procedure in response to the arrival of Omicron in late November, granting emergency authorisation only in late December after Omicron took control. Because it takes several weeks to scale up manufacturing, Paxlovid was unavailable at the peak of the Omicron wave.

People would be able to test themselves quickly and efficiently if at-home testing was widely accessible. As a result, people with minor symptoms would be prevented from infecting others.

When Omicron emerged, however, the federal government had not made these tests accessible to patients. Its greatest attempt was to require insurance companies to fund reimbursements for these kits, which is a mostly meaningless gesture that raises far too many hurdles.

By the time Omicron took over, the federal government had realized its error and authorized the release of 500 million tests in January. For the Omicron wave, though, it’s much too late.

At the state level, we witness even more troubling conduct. Despite the emergence of Omicron, Colorado Governor Jared Polis, a Democrat, announced “the end of the medical emergency” in a recent interview.

Unfortunately, most businesses are failing to pivot successfully in order to fulfill Omicron’s demands.

Some are resorting to the same old “delay the reopening of the office” strategy. Google, Uber, and Ford, among many others, have all postponed their return to work for many months.

Those who have already returned are pushing for more stringent pandemic precautions, such as additional masks and social isolation, but they are not adjusting their work schedules.

“The definition of insanity is doing the same thing over and over again and expecting different results,” you’ve undoubtedly heard. Despite several warnings from risk management and cognitive bias specialists such as myself, businesses continue to make the same errors in failing to reimagine the future of work.

Despite several workers departing due to their bosses’ obsessive attempts to bring them back to work as part of the Great Resignation, this is the case.

What is the source of this perplexing leadership behavior? Leaders, like the rest of us, are prone to serious judgment mistakes known as cognitive biases.

These mental blindspots, which are based on wishful thinking, lead to poor strategic and financial judgments when weighing options.

It is named from the idea that ostriches put their heads in the sand when they are afraid of danger. Delta demonstrated the high chance of more harmful variations, but executives at multibillion-dollar corporations – as well as the federal government – dismissed the risk.

We want everything to return to normal in the future. We’ve had enough of the pandemic and want to return to pre-pandemic conditions.

As a result, we grossly underestimate the likelihood and magnitude of important disruptors, such as novel COVID variations. The normality bias is the name given to this cognitive prejudice.

We have a tendency to keep to one method of operating in any area once we learn it. You may have heard of the hammer-nail phenomenon, which states that everything appears like a nail when you have a hammer.

This condition is known as functional fixedness. This cognitive bias drives executives who are used to an office-centric culture and collaborative methods to dismiss any alternatives.

Our brains are wired to favor the current moment. We want what we want right now and don’t think about the long-term implications of our present aspirations.

Hyperbolic discounting is a false mental process in which we overestimate the advantages of orienting toward the future and instead concentrate on the present. Focusing on the apparent short-term benefits of returning to the office above the competitive advantage of preparing for the long-term hybrid and remote future of work is a good example.

By reframing our approach to office-centric culture, we may overcome cognitive biases and avoid ignoring reality in the future of work. Rather of mandating how workers cooperate from the top down, embrace a team-led model, in which each individual team leader of a rank-and-file employee team selects what works best for their team.

Adopt best practices for hybrid and remote teams in terms of creativity, collaboration, and accountability. In other words, instead of attempting to return to the lost world of January 2020, explore how you might gain a competitive edge in the post-COVID workplace.

Thanks to Gleb Tsipursky at Business 2 Community whose reporting provided the original basis for this story.