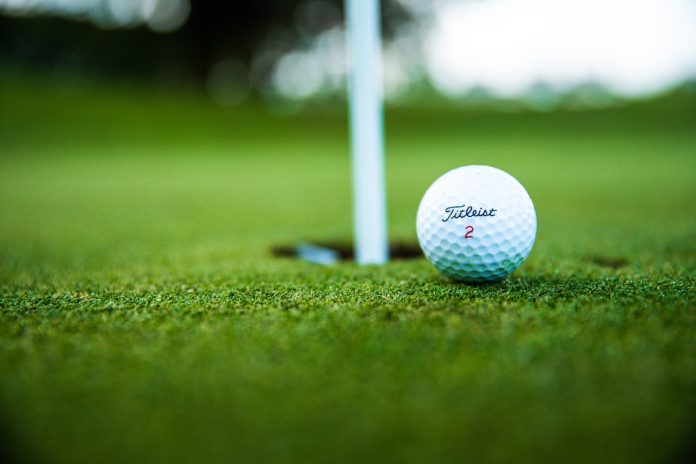 Golf continues to capture the attention of audiences all around the world, and one of the most exciting aspects of following professional golf year after year is watching young golfers compete in major tournaments and competitions for the very first time.

There are probably quite a few diehard fans out there who remember what it was like when a young Tiger Woods burst onto the scene, showcasing a level of skill that few golfers are able to obtain. And over the next few years, it was even more astounding to see just how consistently he added to his list of wins.

And every year, even more young golfers step onto the course, ready to prove their worth in front of a massive international audience.

But there’s another layer to this arrival and development of young talent, and it’s something that tends to stay hidden from the average fan.

Behind every professional golfer, there is a coach who’s worked with them for years on end, putting in long hours, laying out the next set of goals, and sanding the rough edges off of every last stroke.

Coaches are essential to the professional golf cycle, not to mention amateur and casual golf. And because golf is so often a solo sport, the best coaches work with students on an individual basis to help them achieve new heights and impressively low scores.

If you’ve never worked with a golf coach before, then you’re probably wondering how it actually works and what kinds of results students can expect to see when they work with an expert coach.

Well, we have someone here to enlighten you, and he happens to be one of the most impressive coaches, of any sport, we’ve ever talked with. 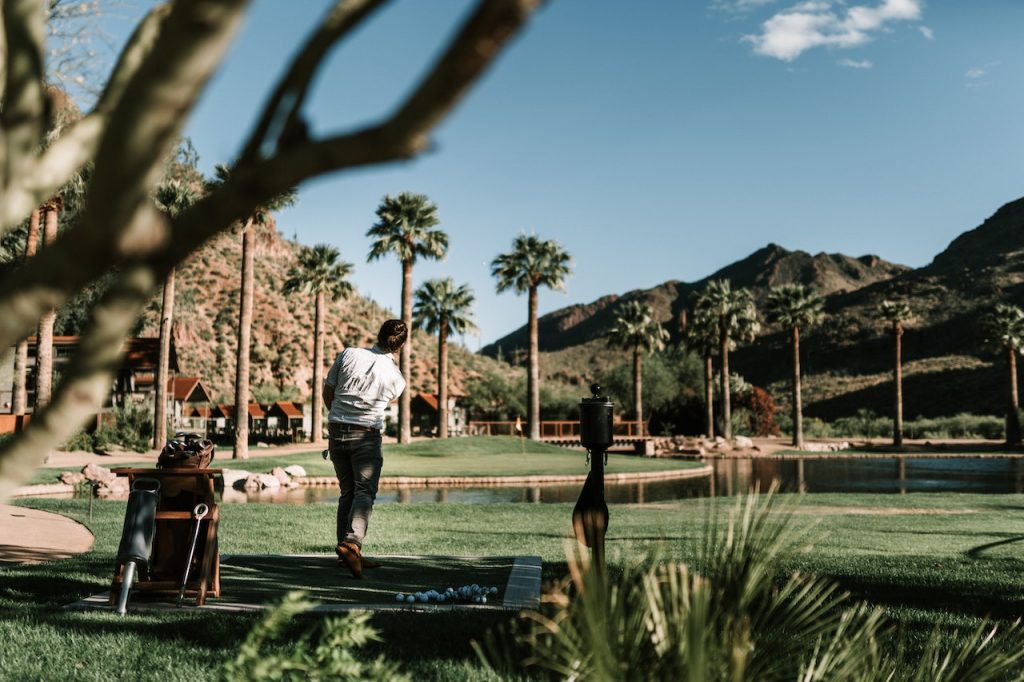 Allow us to introduce you to James Anthony Ferraby. A skilled golfer from a young age, Ferraby was sent to train at Hank Haney International Junior Golf Academy where he worked with Hank Haney himself, who previously coached the one and only Tiger Woods.

Ferraby competed in numerous tournaments around the world and made a name for himself as one of professional golf’s rising stars.

Sadly, multiple injuries started getting in the way of his golfing. So in his spare time, he started doing some coaching, basically as a side gig. But somewhat unexpectedly, people started to really notice his coaching skills.

“I found myself getting more and more clients thanks to my coaching abilities. From there, I started to realize that I had a talent for coaching and that I could get even better at it.”

The path was set. Using his years of golf experience and the lessons he’d learned from coaching and instructors through the years, Ferraby has become a highly regarded golf coach with clients of many different ages and skill levels.

He also has a knack for organizing golf events, such as weekly golf tournaments for pros and skilled amateurs and private events for celebrities like Phil Foden, Dwight Gayle, and Michel Preudhomme.

As part of The Confidence’s commitment to sharing informative and inspirational stories of success, we reached out to Ferraby early last week to set up an interview where we could go over his coaching ethos and learn more about what his approach looks like in action, especially

when it comes to delivering useful results to his students.

Ferraby agreed, and we had a lot of fun talking about how he arrived at coaching as a profession, how he operates, and the ways he’s looking to expand the reach and impact of his coaching.

Let’s move right along to where it all begins: getting to know the student and understanding their skill level.

In the early stages of working with a particular student, Ferraby goes about gauging the student’s current skill level. Each student has their own golf journey, and regardless of their age, each student will have certain things they need to work on and other areas where they’re already proficient. There may also be a student who’s just getting started with golf and needs to be walked through the basics.

“First, I ask them a handful of questions to find out more about them and their experiences with golf. Then I’ll get them to hit specific shots and work with them based on how they approach each one.” 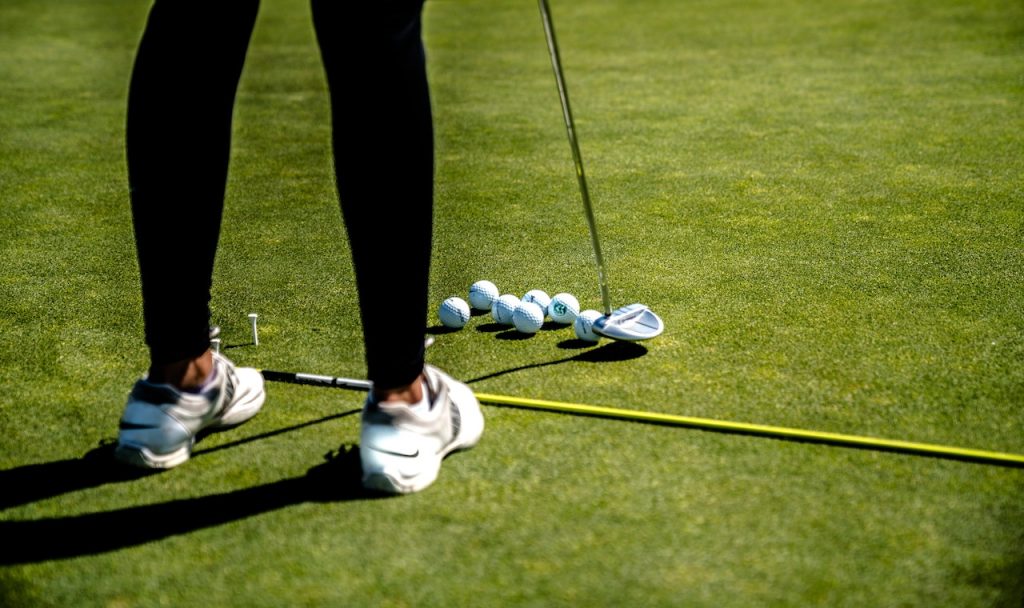 This assessment serves as the foundation of personalized coaching that addresses each student’s needs. In contrast, a large class might not leave time for an instructor to pay close attention to each and every student. For Ferraby, working with students one-on-one offers many advantages, and one of the biggest is that he can spend more time with a student who’s struggling with a certain concept or technique.

“I’m very passionate about what I do, and I want to get results for my students, so if I see someone struggling with their game or struggling to adapt to changes I want them to pursue, I’ll spend more time with them to make sure they get it down.”

That level of dedication has made Ferraby a sought-after coach, and his personalized approach has led to some impressive results for his students. Let’s hear some success stories straight from the man himself.

The first success story Ferraby shared with us is about a young boy who had been playing golf for a while before working with Ferraby.

This student was definitely putting in the time, but he just wasn’t seeing the results he wanted.

“He would practice a lot, but a previous coach gave him some bad mechanics that didn’t allow him to achieve his full potential. He had a handicap of 22. I made some huge changes to his game from the start and continuously worked with him. Five months later, his handicap dropped to 12. That’s a massive improvement, and we were both really excited to see it.”

But Ferraby doesn’t work exclusively with young golfers, either. This next story is about a more experienced golfer who was looking to improve his game.

“I also have an older gentleman in his late 60s, and every time he was in Spain, he would come work with me on a daily basis, and that consistency is important for a golfer of that age. When we first started, he had a handicap of 13, but after various visits and hard work, he dropped to a handicap of 5. He really reaped the rewards of all that dedication and commitment, and I was happy to help him along the way.” 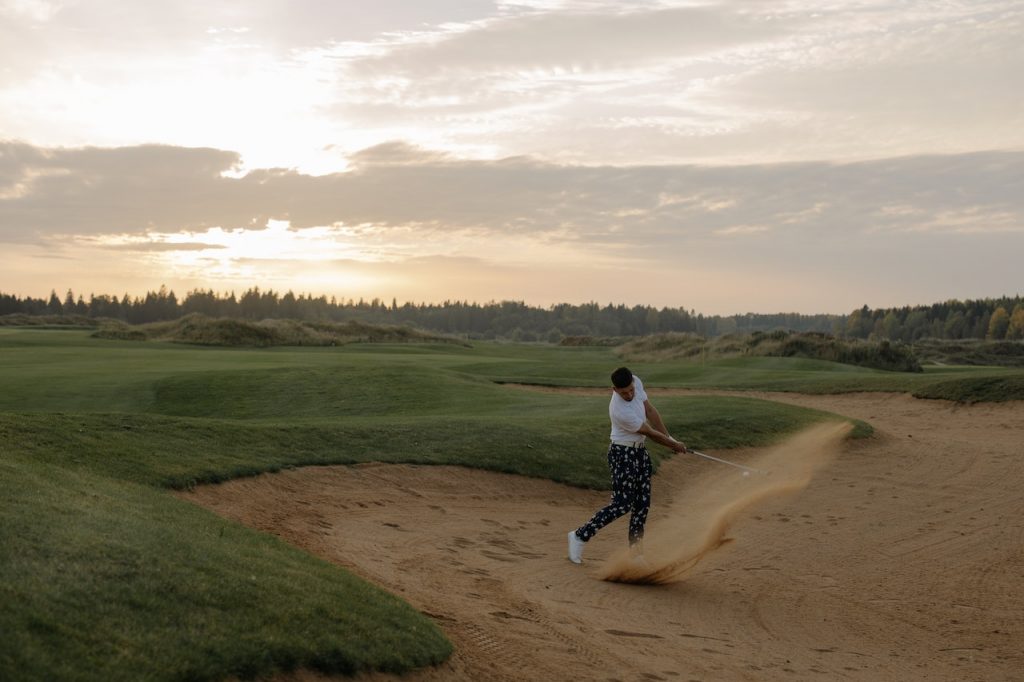 Of course, these stories are just the tip of the iceberg, but they definitely give a window into Ferraby’s passion for coaching and the effectiveness of zeroing in on students’ individual needs.

Despite all the success he’s achieved so far, Ferraby continues to look for ways that he can expand his coaching even further, reaching more students and helping them become the skilled golfers they want to be.

Currently based in the Canary Islands, Ferraby is starting to set his sights on what’s next, and since he’s already familiar with the international golf community at the highest level thanks to his own training and golfing career, he seems to be considering the places and people he could share his talents with next.

“Sometimes limitations can help someone grow and improve, and other times, limitations get in the way. Right now, where I am in the Canary Islands, I feel like I’ve achieved as much as I can here. To grow, I think I would need to spread my wings, so to speak.”

As for what might be next for Ferraby’s coaching career, he’s keen on the idea of collaborating with one of the high-level golf academies.

“My goal has always been to work with a major academy, which could help me grow independently, as a coach.”

So what can we learn from this look into expert-level golf coaching and Ferraby’s path to success?

Dedication is definitely an important concept here. Having talent and skill is all well and good, but without a sense of commitment to the work, that talent and skill won’t be communicated.

This goes hand-in-hand with the ability to adapt. Whether it’s teaching, coaching, or working with many different clients in a business setting, it’s crucial to understand that different people often have very different needs, and when you address those needs in a thoughtful and effective manner, the chances of success immediately improve.

So if you’ve lost sight of your source of motivation and dedication in your own line of work, we hope that Ferraby’s story has reignited your excitement and passion for what you do.