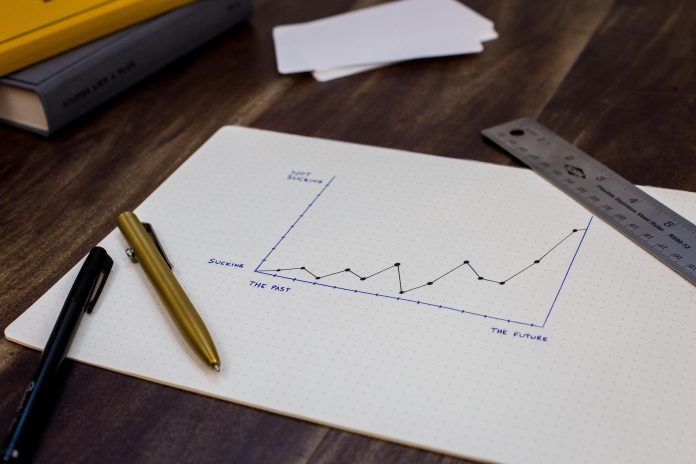 A company’s creator must not only research the industry thoroughly, come up with a great business concept, and understand how to make money with it, but also raise funds to start a project. There are many ways to raise money, each of which has its own set of implications.

Crowdfunding became accessible in the late 2000s as a new option for individuals seeking to establish a company. It has continued to gather traction since then.

Crowdfunding is a technique of collecting money in which a big number of people pool their small individual contributions to raise the capital needed to start a company or initiative. Individuals, non-profits, and businesses may create fundraising campaigns for particular causes that everyone can contribute to.

How can a business owner get money for a startup?

It’s tough to get financing for a company, particularly if you don’t have a product or service to offer. People will be skeptical of your idea. The bad news is that no one will invest in your company if they don’t trust in your idea.

There are a few common types of startup financing that may help you get your company off the ground.

For many companies, not only startups, self-financing, also known as self-funding, is the first step on their entrepreneurial journey. There are no loans or sponsors, just you and your commitment, which offers you full control over the business and is a great option if your startup is still in the idea or pre-seed stage.

You may also begin your search with the “three F’s”: friends, family, and “fools.” These people have the greatest trust in you with the least amount of evidence, so if you go down this road, be honest about the risks and never ask for more than someone can afford to lose.

They’re usually high-net-worth individuals who wish to help companies with both money and expertise. They often like taking on the position of adviser and being actively involved in the development of their portfolio business.

Small business grants, which are frequently referred to as the closest thing to “free money” for your company, are a kind of startup financing that does not need repayment, unlike debt, and does not require a portion of your ownership, unlike venture capital.

The majority of business incubators provide mentoring, office space, and even help companies connect with angel investors. In most cases, they just nurture and grow companies so that they may apply to accelerator programs.

Because no one will ask you to refund the money, crowdfunding is one of the safest ways to raise funds. They just care about the products or services you promised to provide.

Check out Kickstarter, Indiegogo, and Patreon, which are all crowdfunding platforms that enable people to purchase things to help a business succeed.

How does crowdfunding for business work?

The majority of start-up businesses have a difficult time obtaining financing. Many early-stage companies are rejected by venture capitalists for a variety of reasons, and borrowing money from banks or rich family members is not a smart approach.

Crowdfunding alters the game by decreasing reliance on traditional and, in some cases, exclusive sources of capital.

If personal money or friends and family aren’t an option for getting your idea off the ground, crowdsourcing may be the way to go. Despite the fact that sites like Kickstarter and GoFundMe are pre-financing of products, art, music, and films, software, or scientific research, this type of financing has grown in popularity over the last decade, the transaction value is expected to show an annual growth rate (CAGR 2021-2025) of 2.62 percent, resulting in a projected total amount of $1,201.1 million by 2025. Avatar Legends: The Roleplaying Game, a tabletop roleplaying game set that is currently trending (September 2021), committed a $50,000 target and raised more than $9 million.

Depending on the kind of crowdsourcing you choose, anybody who believes in your concept may donate, lend money, or buy equity shares when you start your campaign and propose it. The aim is to create an interesting origin story that will attract donors or investors to participate.

Crowdfunding for startups works by collecting contributions in return for a specific reward, such as free goods, special discounts, early access to new products, luxury merchandise, the chance to join the team, or even a large financial investment. It may be done via a variety of methods, the most popular of which being social networking sites and crowdfunding websites.

Although many businesses and campaigns have achieved success utilizing this kind of fundraising, it’s important to remember that choosing the right type of crowdfunding is crucial to accomplishing your objectives.

Crowdfunding may be a fantastic method to raise money for your new business, but there are a few typical pitfalls to avoid. When it comes to crowdfunding, the most frequent mistake companies make is thinking it’s all about the money.

That is not the case, though.

One thing that people should realize about Kickstarter, according to Eugene Zhukov, the founder of Joon July, a business that helps entrepreneurs prepare for crowdfunding, is that it’s a wonderful place to discover all kinds of stuff, sometimes pointless but always interesting and unique. The initiative that was created “purely for fun” has the greatest chance of succeeding.

When businesses come to accomplish anything significant, they often make a common error. They spend a lot of money and effort fine-tuning the product quality in the hopes that their must-have item would bring in millions of dollars.

Marketing and sales are the most difficult tasks, particularly for IT entrepreneurs. If you don’t know how to attract media attention, no one will know who you are, much less offer you money.

Every day, some writers at TechCrunch and Engadget get between 3,000 and 5,000 press releases. So, if you were planning on spamming them, there’s some bad news for you.

Even with the greatest press releases and public relations firms, no documents are read.

Crowdfunding has grown into a large business, and marketing costs have skyrocketed. Even yet, the press continues to be the driving force behind such efforts. When Zhukov’s business partnered with Looksery (which was purchased by Snapchat for $150 million), their Kickstarter was purely a publicity and marketing story, and the company had never gotten any significant funding prior to that.

A crowdfunding campaign pitch is another essential to success. It’s the sole page on the internet platform that informs supporters about your campaign.

If you don’t pay attention to making your proposal one-of-a-kind, you’ll never achieve your objective. From crafting a good narrative to producing a respectable video and pledge chart, the whole presentation is crucial.

Aziz Hasan, CEO of Kickstarter, states, “There are so many parts of a creative project’s journey that people often don’t focus on.” “It’s difficult to build businesses that truly try to create that type of value for fuzzy ideas rather than very clear, ready-to-sell projects.”

It’s a place where you can improve your reputation. Creating a Facebook page with a lot of activity, for example, will not assist your campaign.

Instead, you may create a list of potential supporters by spending money on Facebook advertising to encourage more people to sign up for your campaign launch.

“A crowdfunding campaign can be just another way for founders to make their startup more recognizable, demonstrate their product, and test their skills and services before going to market,” says Tressa Whitman, marketing director at digital agency Reverence Global.

Many businesses overlook pre-marketing efforts, which are critical since they provide the greatest results in terms of outreach. If you utilize the right services, you can build awareness much quicker before you launch.

As a consequence, on launch day, you’ll be able to quickly pique the interest of prospective supporters who were previously interested in your campaign.

Several reputable companies have had success using the crowdsourcing approach. In order of likelihood and worth, here’s what you can receive through Kickstarter:

Many individuals, regrettably, seek for things in the wrong sequence, as Zhukov reminds out. Investors in Silicon Valley often recommend doing a crowdfunding campaign to see whether anybody really wants the product.

This method of gathering input is considerably less expensive than investing millions in manufacturing and marketing. So you must determine for yourself: Is it all about the money or is it all about the glory?

Crowdfunding campaigns stand out in terms of their ability to spark the interest of new users and boost interaction. Campaigns provide a great platform for increasing awareness for a business, brand, item, or service since they need audience engagement to be effective.

Thanks to Max Shestov at Business 2 Community whose reporting provided the original basis for this story.