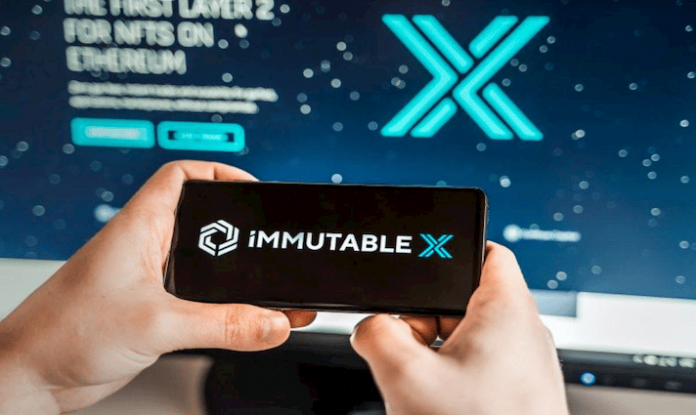 Immutable X, an Ethereum Layer 2 scaling solution, has made plans to expand the web3 ecosystem with its enforced NFT royalty model. With Immutable X, royalties will finally be enforced on-chain, protecting the creative economy.

The Ethereum Layer 2 scaling solution announced intentions to expand its enforced NFT royalty feature to goods created on the metaverse, beginning with Ethereum-based products, in a press release on November 4.

Immutable X claims that the action is the first step toward creating industry-wide norms for legally binding royalty payments. Additionally, the case will protect creator royalties worth more than $1.8 billion.

When several NFT marketplaces recently decided to make NFT royalty payments optional, and some even decided to remove them entirely to compete on fees, the issue of creator royalties came up.

The NFT marketplace Sudoswap is a prime example. After introducing its automated market maker that fully eliminated royalty payments on secondary trades, it has sparked a contentious discussion questioning the idea of creator royalties.

By eliminating royalties, the decentralized exchange hoped to entice speculators and aggressive traders with lower prices. The DEX anticipated that the NFT trading community would embrace it widely.

Immutable X has vehemently opposed any attempt to take creator money away, arguing that eliminating royalty fees might have significant effects for NFT monetization, not the least of which for the creators who depend on them as a source of revenue.

The co-founder of Immutable X, Alex Connolly, said in the same context that they intended to create an ecosystem that would give artists a choice in their royalties structure. Additionally, it will provide a platform that empowers people to take a stance for the initiatives they believe strike the finest balance.

Connolly contends that soft-enforceable royalties penalize users who attempt to assist projects and severely undermine the faith that game developers and artists might have in their income sources.

The royalty design space should be investigated collaboratively by artists, consumers, and markets, according to Immutable X. In order to build an enforceable royalty system with appropriate standards, it plans to form a working group comprising important industry players, including NFT markets, games, and artists.

thanks to Dominic Kimani at Business 2 Community whose reporting provided the original basis for this story.