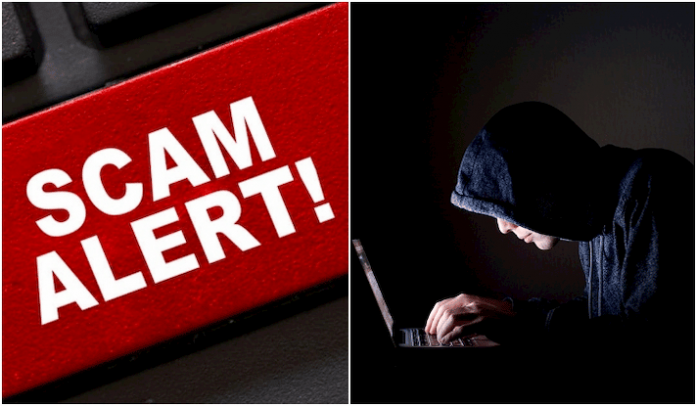 Over the last several weeks, scamming assaults by hackers and cybercriminals have increased. In a recent sophisticated phishing assault, infamous hackers stole more than $3.5 million in Ethereum in yet another fraud.

ZachXBT, a well-known on-chain sleuth and rug pull survivor who became a 2D investigator, stated on October 26 that a phishing scammer by the name of Monkey Drainer had taken more than $3.5 million in cryptocurrency and NFTs.

5/ These victims are just two of many who’ve had their funds stolen by Monkey.

The total number stolen easily surpasses $3.5m with that number rapidly increasing by each day.

The famed phishing scammer, according to the on-chain investigator, was able to escape with around 700 ETH in the last day in the form of crypto and non-fungible tokens.

0x02a and 0x626 were the phishing attack’s two biggest victims, and they lost a combined total of more than $370,000 after authorizing transactions on fake Monkey Drainer websites. 1 Bored Ape Yacht Club (BAYC) collection, 1 CloneX, 36,000 USDC, and 12 additional non-fungible tokens (NFT) valued at a total of around $150,000 were lost during the event.

Victim 0x626 on the other side, who at the time had more than $6.2 million worth of NFTs and cryptocurrency, fortunately only lost $220,000.

Many others have reported losing money as a result of the Monkey Drainer assault, including those two victims.

In a following tweet, ZachXBT added that as victims continue to share stories, the overall value of the scam’s stolen digital assets has surpassed $3.5 million and is growing everyday. However, ZachXBT has advised cryptocurrency users to exercise extreme caution when linking their wallets, accessing untrusted websites, and signing transactions.

The well-known on-chain investigator “ZachXBT” has persisted in adopting firm positions in the battle against crypto frauds after falling victim to a crypto phishing assault in order to prevent additional individuals from losing their digital assets.

ZachXBT exposed another another phishing scheme in August. At the time, hackers had stolen more than $2.5 million in NFTs from subscribers. Fortunately, earlier this month in Paris, five individuals connected to the scam—which featured the Bored Ape Yacht Club NFT collection—were successfully detained.