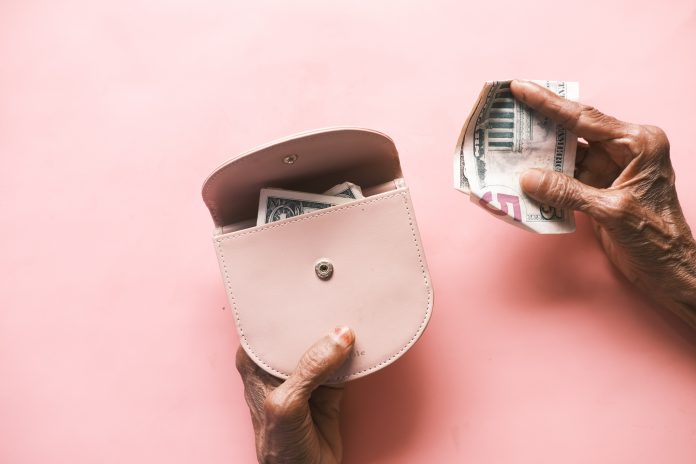 Is it possible that retirement savings are approaching a breaking point? It’s what doomsayers want you to believe. So let’s take a good, hard look at the facts.

We are not now in the midst of a retirement crisis.

According to a recent research, “painting a picture of a disaster is false and leads to unwarranted government action.”

According to the report, just around 6% of Americans had wages that were below the financial hardship threshold five years before to retirement. However, by the fifth year after retirement, that percentage had dropped by one-third to 3.6 percent.

According to the study, the three-legged retirement system of Social Security, public and private pension schemes, and individual savings is largely responsible for poverty reduction.

These organizations collaborate to guarantee that Americans, especially those with modest incomes, may maintain or even improve their quality of life after retirement.

The increase in senior income has led to a decrease in the elderly’s poverty rate, which has decreased by more than two-thirds in the previous five decades.

The report’s legislation pledges to enhance retirement plan access, but we’ll have to wait and see whether it occurs. Growing lifelong income choices, codifying the Department of Labor’s new auto-portability standards, and strengthening and expanding Health Savings Accounts are some of the government’s priorities.

According to reports, the government plans to streamline Social Security legislation, preserve the gig economy, and encourage seniors who become entrepreneurs in order to assist those who are struggling to reach retirement security.

Employees of small businesses, who have lower aid rates in employer-assisted retirement plans, are also in need of assistance, according to this research.

The SECURE Act, signed into law in 2019, allows groups of companies to join Pooled Employer Plans to reduce the costs, administrative burdens, and legal risks that many small businesses cite as reasons for not having retirement plans (PEPs).

A study of small business executives found that 85 percent of employers would find a PEP-like alternative “very or extremely useful” for economies of scale and lower costs, according to a renowned director.

Despite the fact that PEPs involve a large number of companies, they are stated to be structured similarly to traditional plans, with employers allowed to make matching contributions. According to Shai Akabas, Director of Economic Policy at the Bipartisan Policy Center, PEPs, together with state retirement pools and other innovations, may help expand the number of small businesses with retirement plans.

The Fourth Estate often asserts that Americans are unable to preserve money. They prefer to compare ourselves to the Japanese or the French, who, they claim, are misers who hoard their money.

Americans, on the other hand, have always been and continue to be savers.

The problem with retirement savings in the United States is that we have so many more costs than those in other countries. In the United States, for example, buying and running an automobile is prohibitively costly.

Our gas isn’t subsidized in any way.

Car insurance isn’t either. Alternatively, there’s upkeep. And, for the most part, public transit in the United States is grossly insufficient.

If you live more than 10 minutes from your place of employment, you will almost certainly require a vehicle to get there since the bus or train will not take you there.

Another example would be in the field of health care. The majority of countries currently heavily subsidize health care.

However, millions of individuals in the United States are uninsured or have insufficient coverage. As a result, millions of Americans are forced to spend their money on health care rather than saving it.

When all else is equal, Americans have always been glad and driven to save for the future, particularly for their own retirement. Unfortunately, for Americans who aren’t billionaires, saving enough money for their own future comfort is practically difficult.

Many sectors of the nation have benefited greatly from the Biden administration’s subsidies. Expanded Medicaid coverage, for example, should benefit low-income folks nearing retirement age.

Additionally, assistance is required for people reaching their “golden years.”

However, one effect of Washington’s subsidies is that Americans are less likely to save for a rainy day. Rather than creating a home-cooked dinner, they frequently believe it is their patriotic duty to buy till they drop or eat out.

In other words, home-cooked meals (apart from ramen) are becoming as scarce as snow in Tahiti.

Thanks to Max Palmer at Business 2 Community whose reporting provided the original basis for this story.