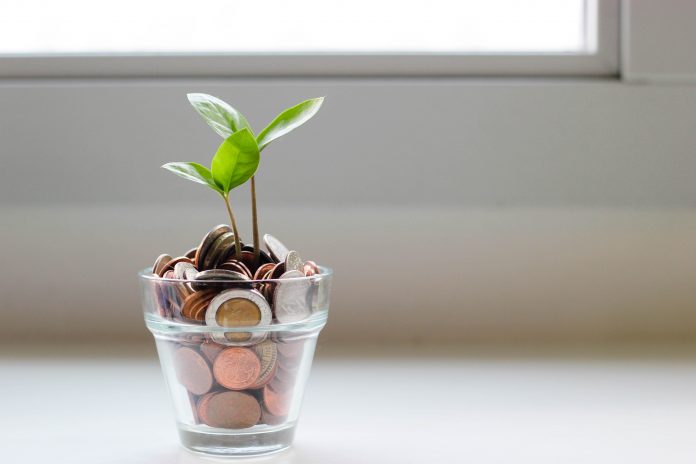 Those who are new to finance and are considering retirement may be overwhelmed by all of the new jargon and information available. We provide a Fixed Annuity 101 Guide in this post to assist you grasp all you need to know about them.

What is a fixed annuity, and how does it work?

A fixed annuity is simply an insurance contract that guarantees the customer a certain amount of money. They guarantee a specified interest rate based on the buyer’s contributions to the account.

Simply, the buyer pays an insurance provider a flat amount or a series of payments over time. In exchange, the buyer receives a steady income throughout his or her retirement years.

Fixed annuities are similar to 401ks and Roth IRAs in that they are often utilized in retirement planning. 401ks do not provide an immediate tax benefit, but they do provide tax-free withdrawals in retirement.

That means you won’t have to pay taxes on the money you earn from these accounts, but you won’t be able to access them until you reach a specific age. Annuities, on the other hand, may be taxed at a later date.

As a result, you only pay taxes when you get annuity payments. Annuities, on the other hand, provide guaranteed income throughout retirement, while a 401k is just a flat payment.

What is a fixed annuity and how does it work?

The majority of individuals who buy annuities do so in one lump sum, while some want to make smaller payments over time. The insurance provider promises that the account will earn a specified level of interest after the annuity is acquired.

The buyer, or annuitant, enters the accumulation phase after the purchase and interest begins to accrue.

The amount in the account, the owner’s age, and a few other characteristics will be used by the insurance provider to compute those payments. The account will grow tax-deferred throughout this time. The contract’s taxes will be calculated using an exclusion ratio.

The ratio of the account holder’s payments to the amount accrued in the account is known as the exclusion ratio. The profits from the interest generated during the accumulation period are then used to calculate this. Overall profits will be taxed at some point, but only after the annuitant gets his or her payout.

The insurance firm will then invest the money received from the annuitant in a variety of ways.

What are the different annuity types?

Life annuities and term certain annuities are the two primary forms of fixed annuities. A life annuity is a kind of insurance that pays out at regular periods.

You’ll decide when these payments will be made. The primary feature of life annuities is that they last until the individual who receives the annuity dies.

A life annuity will provide you with a steady stream of income that is not affected by inflation. Also, once a life annuity is established, it cannot be changed.

A term certain annuity is similar to a fixed annuity, except the contract has a predetermined expiration date. Term-specific annuities often provide higher payments than life annuities.

Annuitants may profit from these arrangements in a variety of ways.

Returns on investments that are predictable

Fixed instant annuities are, on the whole, quite safe and reliable investments. Your money isn’t truly being transferred around the market between various purposes.

The yield generated by the insurance firm is usually used to calculate fixed annuity rates. In most cases, insurance firms will invest in high-quality business and government bonds.

For the corporation, they are generally safe, and they are then responsible for repaying the annuitant at the rate specified in the annuity contract.

A simple calculation may be used to compute the return on a fixed instant annuity. Divide the total money you placed into the annuity by the number of months remaining.

This is the contract’s expiration date, or your estimated life expectancy. Your monthly income will be determined by the number you get. Here’s an example if that’s not clear.

If you’re a 65-year-old guy with $100,000 to invest, you’ll get a monthly salary of $259.20. These payments would begin the month after the annuity begins, and would last for the remainder of your life.

We get this amount by multiplying the 21 or so years remaining on a 65-year-old man’s projected life by 12. 12 symbolizes the number of payments each year you’d get on a monthly basis.

Fixed and variable instant annuities are not the same thing. Inflation will be an issue since the money you invest moves into various sectors of the market. It shouldn’t, however, go any lower than the starting point, which in this case is $259.20.

Growth that is tax-deferred

The increase of money invested in all forms of fixed annuities is tax-deferred. The annuities itself may be acquired using pretax or post-tax funds.

The kind of income, whether pre-tax or after-tax, determines whether or not it qualifies for tax-deferred status. Tax-deferred status is not available for annuities acquired with money that has already been taxed.

These are often obtained during retirement or at the conclusion of the annuitant’s working life. The best part is that the money you invest will grow tax-free. In addition, the tax is postponed until the funds are distributed.

Income that is guaranteed

The beautiful thing about annuities is that they provide you with a steady stream of income. Furthermore, these payments are made on a consistent and predictable basis, independent of market fluctuations.

The growth rate will be determined by the insurance firms that offer annuities. These facts will be included in the annuity contract.

Rates will inevitably differ from one firm to the next. In most cases, the corporation will combine a customer’s premium with all of the other premiums received. Following that, they’ll usually buy some bonds that guarantee a return.

They may then offer the customer a rate or purchase options for enhanced potential based on this information. Of course, various corporations will play their cards differently, so certain things will change from one company to the next.

Multi-year guaranteed annuities are a kind of fixed annuity that guarantees a certain interest rate for a set period of time. This rate is set for a certain time period, generally three to ten years.

The greatest multi-year guaranteed annuity rates as of October 2021 are 3.05 percent for 10 years and 2.95 percent for seven or five years.

Pricing levers will be used by a variety of firms as part of the crediting approach. The first is the rate of involvement.

The insurer multiplies the change in an index throughout the contract duration by the participation rate, which is a percentage. This percentage is used to calculate how much interest will be credited to an indexed annuity contract.

Unfortunately, when the annuitant dies, the beneficiary will be responsible for paying exorbitant taxes on the investment income. Furthermore, any annuities inherited by the recipients will not be tax-free.

Consult an expert if you’re considering purchasing an annuity.

Fixed annuities provide a large amount of guaranteed returns. They are, however, generally quite low. Building a secure bond portfolio may sometimes result in greater returns. Many insurance firms will also include “teaser rates” in their contracts.

This essentially implies they’ll guarantee a particular rate of return for a certain length of time. They will, however, lessen this after a few years. As a result, your returns will be reduced.

Other costs, such as surrender charges, M&E charges, and commissions, are also present.

We couldn’t discuss fixed annuities without mentioning the loss of freedom. There will be an accumulating period and a withdrawal term for all annuities.

When you’re in the accumulation phase, you’ll have some leeway. In the event of an emergency, you may surrender the insurance and withdraw the remaining funds, albeit there may be fees and penalties.

However, after the withdrawal time begins, you will not have the same freedom. You’ll receive regular installments, but in an emergency, you won’t be able to collect all of your cash. The insurance company owns your investment at this stage, but you control the income stream.

Fixed annuities are excellent, but they are not without flaws. As a result, be mindful of the drawbacks and play your cards appropriately.

What is the procedure for obtaining a fixed annuity?

A fixed annuity may be purchased from a variety of sources. Insurance firms, independent broker-dealers, mutual fund companies, and others are among the annuity providers.

We can assist you with retirement planning and annuity planning at Due.com. We now have over 12,000 registered customers and have assisted in the retirement savings of over $240 million.

Our consumers’ average monthly retirement income is $2100. As a result, you have control over how much money you have when you retire, and we’ll be there to support you every step of the way.

Thanks to Matt Rowe at Business 2 Community whose reporting provided the original basis for this story.