In the world of firearms, a gunsmith is a specialist, working in a niche area that has garnered respect for hundreds of years.

During our conversation with expert gunsmith Brett Jansen, he shared with us some of the little-known history of gunsmithing.

“Gunsmiths were once just clockmakers who decided to fix and build rifles and pistols for royal family members. Today, we’re trying to keep the artistic and attractive side of firearms alive, for all the world to see.”

Jansen, originally from Zimbabwe, came to the United States to study gunsmithing. After spending three years in Arizona, learning all there was to know about what gunsmiths typically handle and the skill required to succeed in this field, he traveled to New Jersey, the home of Griffin & Howe.

Griffin & Howe is a famous and well-respected gunsmithing, firearm instruction, and repair company that has been operating since 1923, directly inspired by Theodor Roosevelt’s critique of the American Springfield rifle’s absence of a proper sporting stock.

Jansen has been growing with Griffin & Howe ever since, and he’s proud to be working with a company that continues to keep artistry in gunsmithing alive.

Today we’ll be looking at common gunsmith tasks and exploring why this profession remains vital, both for its practical benefits to the gun community and the world of artistic engineering at large.

So what do gunsmiths actually do during an average workday? The tasks can vary, of course, but there are a few key parts of the job we’ll hone in on.

There are quite a few different aspects of modification and repair that gunsmiths take care of from day to day.

Jansen laid out some of the most common tasks:

“We often do repairs and complete restoration of firearms, as well as custom builds for hunting and shooting competitions. So there’s a pretty good variety of work that we might be asked to do. It all depends on the customer and the firearm they want us to work on.”

In general, gunsmiths work with existing firearms, rather than building new firearms from the ground up.

For anyone familiar with the hobbies of hunting and target shooting, you’ll already know that it’s the small details that can make or break your experience of using a particular firearm.

Firearms purchased brand new, for example, are not custom-built, so while they may still be of very high quality, that firearm wasn’t made specifically for you. 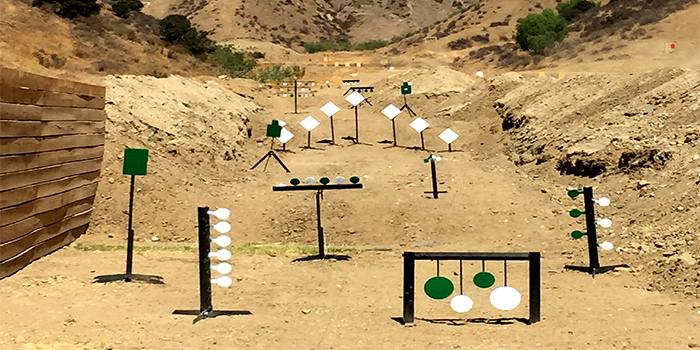 A gunsmith can provide an incredibly valuable service by modifying that firearm to suit your needs and tastes.

Gunsmiths can also create custom builds, as Jansen mentioned, but this service costs significantly more than a single modification.

Finally, gunsmiths also restore classic and vintage firearms, which of course can increase the potential resale value of that firearm or simply preserve its unique design features and overall quality.

So as you can see, gunsmiths don’t necessarily have a steady, uniform daily workflow. Specific gunsmiths may have their own specializations (Jansen, for example, is especially adept at stock replacement), but the day’s work can depend heavily on which types of jobs clients happen to bring in each day.

Now we’ll go into one of the most common gunsmithing tasks today.

Recall that Griffin & Howe got its start creating sporting stocks way back in the early 20th century, and Jansen, as well as several other company specialists, are keeping that long-standing expertise alive.

If you aren’t very familiar with firearms, here’s a breakdown:

A gunstock, most often referred to simply as a stock, is a portion of a long gun that offers structural support and gives the shooter a way to brace the gun and aim by holding it against the shoulder.

High-quality stocks of a particular design can also help to counter muzzle rise, specifically by transmitting much of the recoil from each shot through the shooter’s body.

Jansen comments briefly on how the stock replacement process typically plays out:

“The customer comes in and picks out a stock blank with the most appealing figure or the one that best fits their budget. Then we lay out a pattern on the stock blank. Duplication follows, which roughly cuts out the stock. From there, we shape and add accessories. Finally, we apply oil to the stock.”

Replacing a stock can have both practical and aesthetic benefits to the owner. Because the stock will be braced against the shoulder of the shooter, there’s a significant opportunity to customize the stock in such a way that it feels much more comfortable than a standard stock, especially while shooting.

Stocks can also feature custom designs or patterns that offer an aesthetic edge, or may simply have special meaning to the owner.

But actually creating and fitting a custom stock can be much more difficult than it may seem. A stock is a vital component of a firearm, and despite all the custom tweaks and elements, it needs to work perfectly with the rest of the gun.

This is why only gunsmiths are trusted to replace a stock. Their training allows them to ensure that even a new stock will feel like it was always meant for each firearm.

The challenges of restoration

Certainly one of the most interesting gunsmithing specializations is firearm restoration.

Taking even just a brief look at firearms from previous centuries makes it very clear that each piece was created with the utmost care. Remember, assembly lines are the creation of Henry Ford, some 400 years after firearms became the choice tool of hunters and hobbyists across the West.

Up until the 1900s, mass production of firearms simply wasn’t possible. It was up to craftspeople to assemble each one by hand, applying their expertise to every aspect of the firearm.

It’s not surprising that the owners of vintage firearms from these eras are keen to preserve these pieces of history.

Expert gunsmiths are trusted with restoration and repair of these classics. Jansen finds a special kind of enjoyment when he’s restoring an old-fashioned firearm.

“The restoration and repair of vintage guns is a demanding job, but I love it. I feel like it makes you dive into the mindset of the person who originally made it, the mindset of someone from over one hundred years ago.”

In many cases, restoration is about returning a firearm to its original glory (or close to it) rather than upgrading it to modern standards.

These firearms were created by incredible craftspeople, and, fittingly, it takes another craftsperson to bring them back up to snuff. 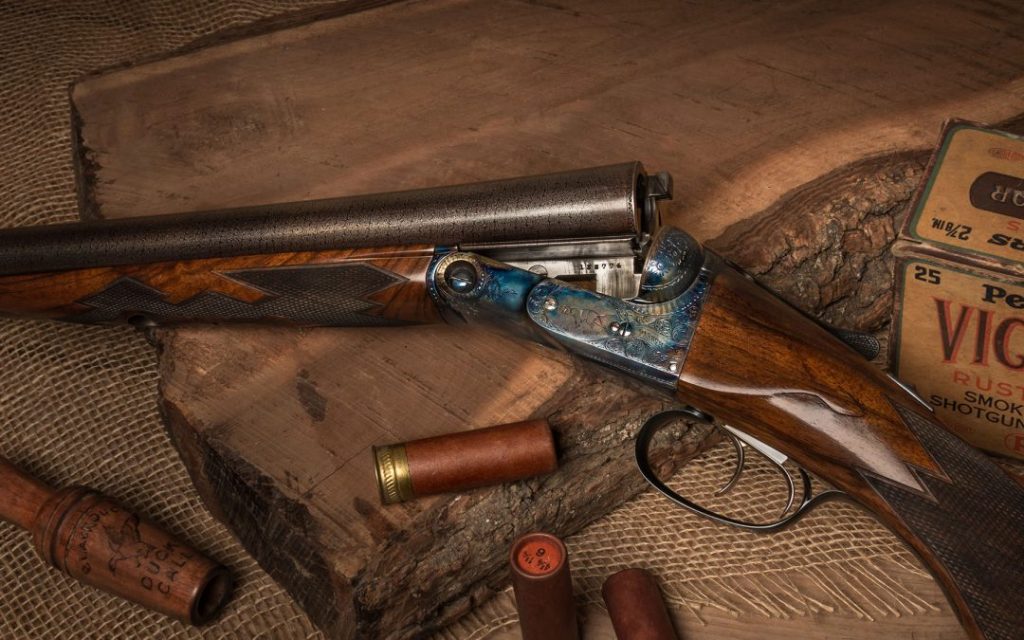 This is a laborious and very time-consuming process. Jansen shares the average amount of work and time it takes to complete a restoration and/or repair:

“How long each restoration takes depends on a lot of different things, especially the firearm itself and the amount of damage it has sustained. The more intensive work can take around sixteen labor hours to complete. It’s slow, but that’s so we manage to do everything exactly right.”

When successful restoration of classic firearms not only preserve a piece of history, but also create a highly valuable firearm that may even become a family heirloom or  museum display piece.

Even while so much of the day-to-day work of a gunsmith centers on preserving classics and customizing future classics, the gunsmithing profession itself is an ongoing testament to craftsmanship.

Despite the value of the services that gunsmiths provide, it is still a niche specialization. There just aren’t that many gunsmiths out there, perhaps because it requires real dedication from each aspiring gunsmith.

Regardless of the cause, there are relatively few gunsmiths working today as compared to previous eras of history.

We won’t go so far as to say that gunsmithing as a profession is dying. But as years go by, it appears that the number of people who pursue true professional gunsmithing is dwindling.

Jansen comments on the current situation:

“As time goes by, the greats are dying off and there are fewer of us left to keep the craft alive. But the older gunsmiths are incredibly important to this work, especially for teaching younger generations all that they know. I hope that, one day, I can pass down my own knowledge as well.”

Will the craft of gunsmithing disappear in time? Will it remain a niche craft reserved for those who care a great deal about customizing their firearms and preserving vintage firearms? 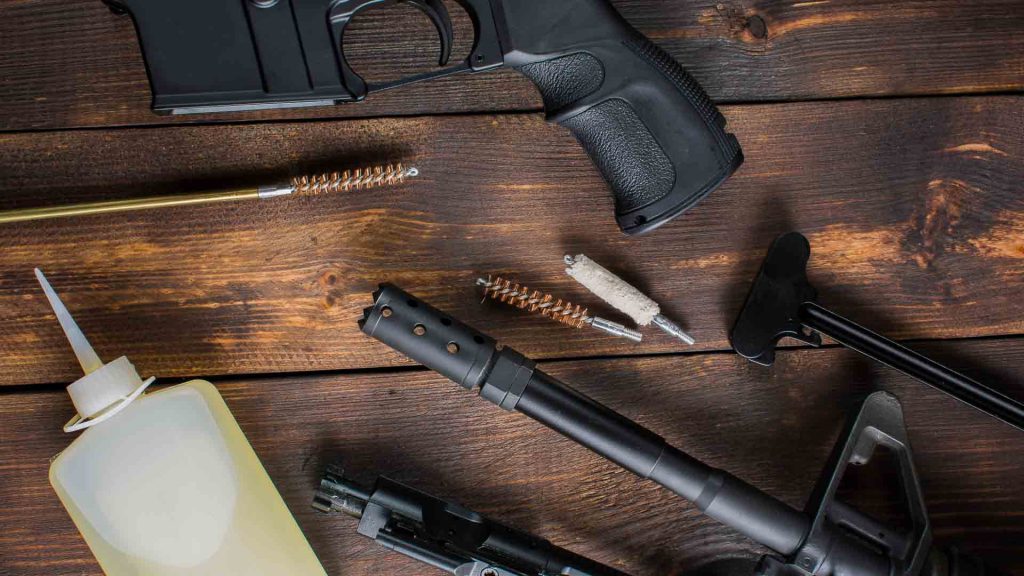 At the moment, it’s impossible to say. But at least for now, Jansen’s dedication to his craft has illustrated just how many intricacies and details go into this work on a daily basis, and that’s exactly why he chose to pursue this career in the first place.

Gunsmithing, with its required patience and dedication, is certainly not for everyone. But for those who hear the call, it can be one of the most rewarding jobs there is.