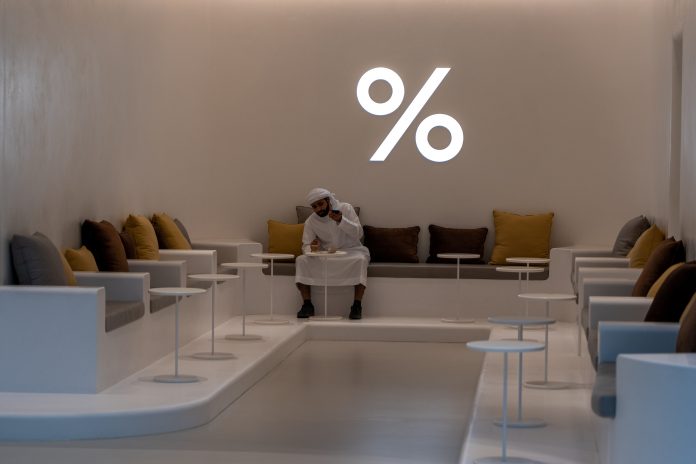 Even if you’re not quite in your golden years, the prospect of retiring might make you break out in a cold sweat. Almost two-thirds of Americans (67%) believe the nation is facing a retirement crisis.

Furthermore, 56% are concerned that they will not be able to afford a secure retirement.

Specifically, some of the most typical retirement worries are as follows:

What is the 4 percent rule, and how does it work?

This rule of thumb argues that withdrawing 4% of your retirement assets annually is the greatest approach to guarantee that you won’t run out of money.

“It’s relatively simple,” said Charles Schwab’s Rob Williams and Chris Kawashima. “You add up all of your investments and take out 4% of that amount in your first year of retirement.”

“You adjust the dollar amount you withdraw in subsequent years to account for inflation,” they say. “If you follow this formula, you should have a very good chance of not outliving your money over the course of a 30-year retirement.”

Take, for example, a $1 million retirement fund. The first money you’d take out would be $40,000. According to Williams and Kawashima, if the cost of living rises by 2% that year, you will give yourself a 2% raise the next year, withdrawing $40,800, and so on for the next 30 years.

“You withdraw the same amount from your portfolio every year adjusted for inflation,” according to the 4 percent rule.

This guideline was established from a research released in 1994 by William Bengen, an investment management expert. Bengen’s research looked at how to take money from retirement accounts in a sustainable way.

He specifically looked at withdrawal rates for rolling 30-year retirement periods from 1926 to 1963.

“These papers recommended a 4% withdrawal rate for the first year, followed by cost-of-living adjustments every subsequent year,” he said, based on a historical reconstruction of retirees’ portfolios since 1926 (with regard to asset class returns as well as inflation). “This applied to tax-deferred portfolios with a 30-year ‘longevity’ requirement.”

Bengen eventually upped his advice to a 4.5 percent first-year withdrawal rate by including more asset classes. Despite this, the original study’s findings have stuck around and are now known as “The 4 Percent Rule.”

Since then, the 4 percent rule has been a popular retirement planning guideline. It’s not hard to understand why. Mostly because it’s easy to understand.

Furthermore, as long as your retirement income is consistent and predictable, you know how much you may remove. As a result, you will avoid running out of cash.

Why should you be careful when using the 4% rule?

If you want to be absolutely confident that you will never run out of money, the 4% rule is probably not the greatest option. That’s not to minimize Bengen’s accomplishments. I’m sure that was a huge and time-consuming task. However, it is out of date.

Furthermore, the 4% rule does not take into account shifting market circumstances. Increasing your withdrawal amounts during a recession, for example, would be unwise financially. In fact, you may be able to lower them. When the market is doing well, on the other hand, you may be able to withdraw more than 4%.

Is there another flaw in the 4% rule? It’s calculated over a 30-year period. That’s a good starting point, but if you can’t retire till you’re 70, you should broaden your horizons since you may not live to be 100. There’s also the risk that your portfolio may outlast you for the next 30 years.

Furthermore, the 4% rule does not take into consideration

Medical expenditures grow increasingly prevalent as we get older, particularly in our golden years of retirement, but it’s tough to know precisely what you’ll be paid for, according to Jessica Blankenship of Bankrate. In addition, certain medical treatments are far more expensive than others.

Another key aspect that affects the 4% rule is life expectancy. It goes without saying that your savings will need to endure longer as you become older.

The sort of investment accounts you have, the size of those accounts, how much income you have after various deductions and credits, and what state you reside in all influence your personal tax rate, according to Blankenship.

The rule applies to a hypothetical portfolio with 50 percent equities and 50 percent bonds. You may make modifications to your financial portfolio over time in retirement. “We generally recommend diversifying your portfolio across a wide range of asset classes and types of stocks and bonds, and reducing your stock exposure as you approach retirement,” Williams and Kawashima write.

“The 4% rule assumes you increase your spending every year by the rate of inflation, not by how well your portfolio performed,” Williams and Kawashima write.

Furthermore, it is assumed that you will not spend more or less than inflation rises in any given year.

The ordinary retiree, however, does not live in this manner. Your costs are likely to fluctuate from year to year throughout your retirement.

Recent retirees, for example, may spend more money on vacation and new interests. However, after a few years, expenditure begins to decline. However, owing to rising healthcare expenditures, it may rise as they become older.

Alternatives to the four-percentage-point rule

The 4% rule may be used as a starting point to be fair. You may use it as a yardstick based on your financial portfolio and retirement plans.

At the same time, you may wish to consider the following options:

The $1,000-per-month rule of thumb is a good starting point

The $1,000-a-month guideline is one feasible technique for long-term retirement withdrawals. According to this guideline, you should start saving for retirement with $240,000 each year. You’d then take out $12,000 every year, or $1,000 per month, for the next 20 years.

Low living expenses or an extra source of income would be required to supplement the $1,000 monthly withdrawals. It also doesn’t account for inflation or yearly cost-of-living adjustments.

While it’s not quite a retirement withdrawal rule of thumb, it’s a requirement for the 4 percent Rule to work. If you save 25 times your anticipated yearly retirement wage, you may take 4% of your savings each year, and it will last you for 30 years if you follow the 25X rule.

Allow the IRS to assist you

According to the Center for Retirement Research at Boston College, the IRS’s Annual Percentage Withdrawal Table may also be a fair rule of thumb for establishing the proper retirement withdrawal rate — regardless of the account’s age.

Starting at age 72, you must take a specific amount of your 401k and IRA investments out each year to avoid substantial tax penalties. The necessary minimum distribution tables, which indicate how much you must withdraw, are published by the IRS.

In a nutshell, the RMD retirement withdrawal plan involves applying the IRS RMD calculation to any retirement account, regardless of age.

Fixed index annuities (FIAs) may be another option to handle decreasing withdrawal rates, according to Shawn “The Annuity Expert” Plummer. FIAs and annuities, in general, may give a stronger assurance of income than pure withdrawal rate methods.

FIAs are meant to provide retirees with lifelong income and may contain income benefit riders, which may be built-in or paid for separately.

Is the 4% rule still applicable?

The 4 percent guideline is not only antiquated, but it also ignores changing market realities. Furthermore, the regulation was enacted at a period when bond interest rates were at an all-time high.

In fact, according to Morningstar’s The State of Retirement Income: Safe Withdrawal Rates, “the standard rule of thumb should be lowered to 3.3 percent from 4.0 percent, assuming a balanced portfolio, fixed real withdrawals over a 30-year time horizon, and a 90 percent probability of success (that is, a high likelihood of not running out of funds over the time horizon).”

How long would my retirement last if I remove 4% every year?

You can’t forecast how the market or inflation trends will behave in the same way that you can’t predict how long your retirement assets will endure. Although the 4% rule is an excellent starting point, it is recommended that you contact a financial adviser before putting it into practice.

How should inflation be included into retirement planning?

When you first start saving for retirement, remember to factor in inflation when calculating your yearly withdrawals. Because inflation is typically between 2% and 3% every year, the sum you’ll need when you retire should account for this growth.

In addition, if inflation rises, the quantity of withdrawals you make each year in retirement will rise as well.

What is a calculator that uses the 4 percent rule?

Is the 4% rule applicable to early retirement?
Is there a quick answer? No.

Because the 4 percent guideline is based on a standard 30-year retirement, it is intended for persons who are 65 or older when they retire. As a result, if you retire at a younger age, this regulation will not apply to you.

Thanks to John Rampton at Business 2 Community whose reporting provided the original basis for this story.