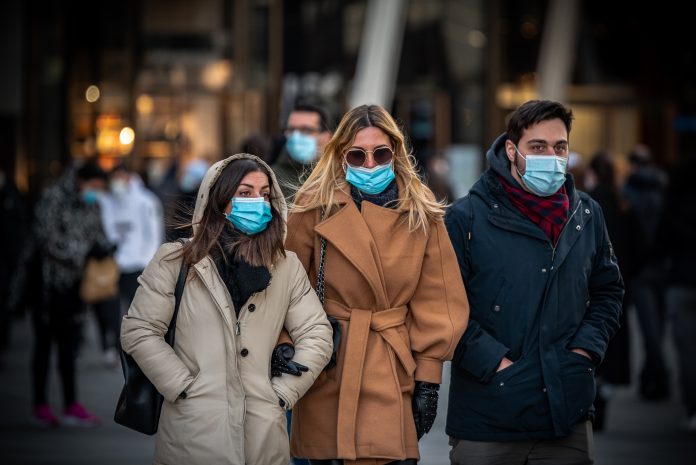 Normal return-to-work plans are a waste of time, as vaccine efficacy against the Delta strain has dropped by 39%. There is no disputing the danger that lies ahead: the Delta surge is expected to worsen in the next months.

The Centers for Disease Control and Prevention (CDC) is urging people who have been vaccinated to wear masks, and booster doses are expected to be promoted soon.

Even Nevertheless, many large corporations, mid-sized businesses, and even the federal government are pressuring disgruntled employees to return to work. Over a third of individuals who worked remotely during the pandemic’s peak have already done so.

The majority of the rest are projected to arrive by the end of August or early-mid October, right around the time schools reopen — despite the fact that Delta illnesses are expected to skyrocket.

Why do corporations like Apple, Xerox, JPMorgan, Goldman Sachs, American International Group, and Abbott Laboratories, not to mention the federal government, continue on putting their employees in such dangerous situations? What drives them to herd employees into joining the Great Resignation, which is prompted by the pressure of returning to work?

Employees’ desires were revealed through in-depth surveys if they were asked to return to work. Even before the Delta issue, approximately half of the employees planned to leave if their preferred work schedules were not accommodated.

According to the polls, between 25% and 33% of employees choose full-time remote employment. Meanwhile, more than half of respondents prefer a hybrid schedule that includes a day or two on business grounds.

Many employees have resigned as a result of their bosses’ ill-advised efforts to rehire them. Employees will undoubtedly resign as a result of the concerning Delta increase, as they are frightened of outbreak illnesses.

Because of harmful judgment errors known as cognitive biases, many large employers fail to listen to their employees’ concerns. When analyzing possibilities, these mental blindspots, which often lead to wishful thinking, result in bad strategic and financial judgments.

They make leaders unable to resist following their instincts and personal preferences rather than depending on best practices when they return to work.

People suffer from the normality bias, which causes them to grossly underestimate the Delta surge. Because of this dangerous judgment error, we dismiss the likelihood and repercussions of disruptive events.

Early in June, it was evident that the number of Delta cases in the United States was beginning to climb. In May, there was also significant evidence that nations with high vaccination rates, such as the UK and Israel, were seeing an increase in cases.

While large companies would want to believe that they are making data-driven decisions, the evidence has clearly been neglected. They also can’t claim that they weren’t notified about the increased COVID infection rate.

Despite the growing threat, they continued to advocate for a return to the old workplace structure.

Another flaw that causes chaos is the planning fallacy. It nudges leaders into making optimistic but unrealistic plans and then refusing to change them even when new data contradicts them.

After all, retracting a decision implies that you were mistaken in the first place. Weak leaders are notorious for refusing to accept responsibility for their mistakes and ignoring the need to change course.

Strong leaders, on the other hand, exhibit fortitude when new evidence indicates that a course correction is required.

Although a few employers changed their return-to-work plans in response to the Delta rush, many of the revisions were more like band-aids than meaningful pivots. Apple, for example, postponed its return to work from September to October.

Regrettably, this one-month delay demonstrates that it did not comprehend the gravity of the problem.

Aside from predictions that Delta cases will increase in October, there is an even more serious issue to ponder. Employers must accept that vaccine immunity wears off after a few months. Furthermore, new varieties are exacerbating the problem. Delta Plus, for example, looks to be equally as infectious as Delta but more vaccination resistant.

While the Delta variety may be a short-term problem, it is part of a long tail risk of additional waves caused by other variants. One of the main causes for CEOs being fired, according to research, is ignoring such harsh facts.

Another cognitive bias known as the ostrich effect is responsible for this denial. It is based on the legend of ostriches burying their heads in the sand when they are threatened.

To overcome cognitive biases and prepare for a successful return to work, adopt research-based best practices. It entails a mostly hybrid strategy in which employees spend one to two days in the office while being able to work remotely as needed.

If they are dependable and productive, a significant minority of employees should be able to work full-time from home. By developing a culture, tools, and processes that encourage remote work, this structure makes it easier for all employees to transition to full-time work from home whenever the need arises.

This best-practice design will result in a number of advantages, including improved in-office collaboration, the retention of top people, and the development of a flexible business culture, systems, and processes.

Thanks to Gleb Tsipursky at Business 2 Community whose reporting provided the original basis for this story.