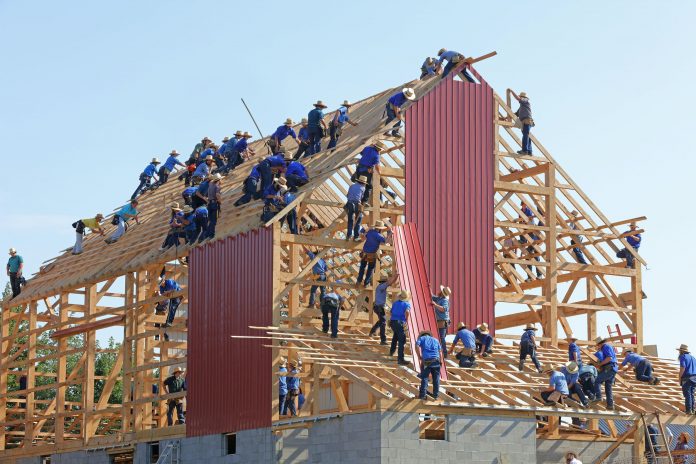 Team building exercises may aid in the development of rapport between team members and throughout the business, making it simpler to communicate, cooperate, and complete tasks.

Because these actions promote worker visibility, they also serve to establish an environment where workers have a better opportunity of moving up the corporate ladder, enhancing employee engagement and retention. The evidence supporting the need for increased cooperation and teamwork is compelling.

Although 75% of employers rank cooperation and collaboration as “very important,” just 18% of workers have such components assessed in their performance assessments, according to Queens University of Charlotte.

They also discovered that 39% of the employees polled think that their coworkers don’t cooperate sufficiently. According to a Fierce, Inc. poll, 86 percent of workers and executives blame workplace failures on a lack of teamwork or inefficient communication.

According to the same poll, 49 percent of millennials embrace social media for workplace collaboration and would even pay out of pocket for such tools to boost productivity.

According to Mercer, 33% of workers think the opportunity to collaborate makes them more loyal, and 37% of employees say “working with a great team” is their major reason for sticking at a company, according to Gust.

Here are some instances of how businesses may improve teambuilding and cooperation in their workplaces by including everyone in entertaining events.

“Things were getting particularly stressful for my leadership team,” says Tina Fair, General Manager of Skinceuticals, L’Oreal’s science-backed skincare business. “And ‘fighting it out’ was precisely what they required.”

Fair rented a boxing ring at a Manhattan gym for its next offsite meeting, and the crew indulged in some friendly sparring. “My crew is dispersed around the nation. “It’s huge to get together at these offsites,” Fair adds.

“These tone-setting activities are essential if we are to continue to collaborate and support one another.” Boxing also re-energized our team’s battling spirit. “I adore my coworkers!”

Meissner-Jacquet, a commercial real estate business located in San Diego, California, organized a day of team building at the San Diego Zoo for all of its employees. They held a trivia question after drinks and a delicious meal, followed by the main event—a Scavenger Hunt.

Angela Robertson, Chief Spiritual Officer and HR Business Partner, developed five teams, each with members from various areas. The primary job is to go to the animals and take pictures of them.

The situation: It was a scorching hot day, and most animals sought refuge in the shade, out of sight of people. “They (teams) had to get really creative,” Robertson adds. One group visited the gift store and photographed the cuddly animals.

“They disobeyed the law. However, everyone had a great time. It was good to get out of the office and work with individuals you wouldn’t ordinarily interact with, and not have to adhere to certain standards,” Robertson says.

“And our newest hire had the best first week on the job she’s ever had.”

The AdventHealth executive team in Orlando, Florida, would go out as a group to undertake volunteer work on occasion. “We painted one of the habitats at our zoo in Sanford, then came back later to help with their big Easter egg hunt,” Laura Gerow said.

“After that, we had lunch and went to the zoo.” Gerow organized a two-day, overnight team-building retreat at Camp Wewa in Apopka, where her son served as Director. “I strongly encourage teams to do this at local camps because we had so much fun.”

A Christmas event was also planned, which included a lovely boat ride in Winter Park, a visit to the Morse Museum, and lunch at the Hidden Gardens restaurant. About 90% of the participants indicated they had never done something like that before.

“What a fantastic day. This, I feel, has brought the leadership team closer together. My little group of executive assistants and I have a lot of fun up here.

We have a lot of laughs and potlucks, and we volunteer twice or three times a year. When you’re in need, everyone comes to your aid.”

Team-building exercises do not have to be boring. When we include aspects of pleasure into the activities, the good outcomes—greater employee cooperation, enhanced loyalty, and retention—are generally more profound for all stakeholders.

Thanks to Bob Nelson at Business 2 Community whose reporting provided the original basis for this story.