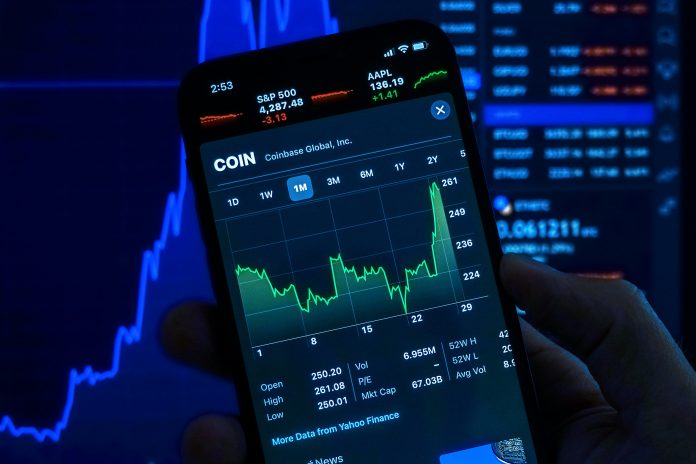 Banks that operate as institutions

We have what are known as institutional banks at the far end of the debt spectrum. Wells Fargo, US Bank, these are really large institutions with the greatest rates in general, but if someone is wearing a nametag that says Vice President of this specific bank, he doesn’t have a lot of discretion, to be honest.

There are actuaries in the rear who examine your financial statements and determine whether or not a loan would be successful. It’s entirely based on figures. So, very honestly, they may demand a 700 credit score to qualify for this loan, and your 699 means you’re out because an actuary has calculated that the 699 credit score failure rate does not satisfy this package offer.

Loan officers make fewer decisions and make fewer errors since they have these pre-defined packages. That’s why they don’t charge much for them.

Within that, we have what are known as community banks. Now, remember that the term “bank” implies “FDIC insured,” which means that if the bank or the persons who made the deposits are FDIC insured, the government will make sure you receive your money back regardless of what happens to the bank.

That’s an insurance policy, and the banks must collaborate in some manner to make it work. As a consequence, they can’t afford to be too reckless. So, merely because they’re a bank, they’re risk averse.

We do, however, have a community bank. Let me tell you about another marine adventure. I had a customer who owned a landscaping company and was in the market for a dump truck.

He approached the institutional banks, but they all turned him down. The argument [they offered] was that you don’t have enough cash flow in your landscaping company during the winter to satisfy the dump truck’s principle and interest payments. So they declined.

He went to community banks, which, as you may recall, are still banks, and they said, “We’ll do that loan, but here’s what we’re going to do.” During the summer, you’ll get two payments, and during the winter, you’ll receive none.

So, at the end of the day, they were able to change a few factors inside that loan package, while the institutional bank was focused on filling in all of the blanks. This individual [at the community bank] may also respond, “You have a 699 credit score, okay, we’ll work with you,” and suggest that the SBA be brought in.

The SBA will guarantee your loan, so we’ll know if we’ll be repaid in full or not. Alternatively, we may want extra collateral or something similar, but they are more likely to cooperate with you.

Lenders who work for themselves

We have what we term private lenders inside of it, the Accions of the globe [now DreamSprings]. A group of investors contribute funds to a portfolio manager, who goes out and evaluates different loan packages.

They aren’t guaranteed by the Federal Deposit Insurance Corporation (FDIC). They accept a lot more riskier initiatives [like your new company]. To be honest, it’s private money, and they could be prepared to lend you money for a certain purpose.

If we go much deeper, we’ll find speciality lenders, such as those that exclusively lend on receivables. It’s time for a sea narrative. So, I had a firm with a revenue of about $2,500,000, and I obtained a contract of around $1,000,000.

As you may guess, I was ecstatic on that particular day. I was hunting for a rifle and a bullet to put in my forehead two months later because this is how it went down. I worked in a service industry.

We charged the consumer almost $100,000 every month. I’m in a 7% margin company, so if you do the math backwards, I’m looking at around $92,000 in costs between payroll and fixed expenses that I need to cover.

Every month, we get to divide the remaining $7,000 as owners. Here’s the issue: we have to work for 30 days before I can send my customer an invoice. After another 30 days have passed, I have another invoice to send them.

So now I have bills totaling $200,000 and I’m penniless. I don’t have any more money. I didn’t have “access to capital,” which was the most important thing I lacked. I only had $200,000, which I used to [fill my accounts receivable queue].

I still haven’t been paid, despite the fact that Monday is payday. What am I going to say to my coworkers? “I’m afraid I won’t be able to pay you.” How many people do you anticipate will remain till Tuesday?

So, in order to acquire that money, I’ll have to turn to extreme tactics. This is referred to as factoring. Because I urgently want funds, I sell my receivables for 90 cents on the dollar.

Remember, I’m in a firm with a 7% profit margin, so guess what happens when you swap a 10% profit item for a 7% profit item? I’m now losing $3,000 every month. I would be earning that money if I had access to capital, but I didn’t have it.

We have individuals who function as leasing agents. For instance, suppose you own a property.

You already possess the dump truck, but you need funds to expand. It’s completely paid off, so you turn it over to a leasing business, which will begin collecting payments. In essence, they are refinancing your debt.

It’s the equivalent of taking out a second mortgage on your home or, in this situation, selling the home and renting it back. However, in order to expand, you’ll need that cash.

So, since you don’t have access to finance, who do you think makes the money? The lenders are to blame.

People with money make more money, which is why the affluent become wealthier and the poor get poorer. Okay, so now you know how it works. The most important factor is money access.

Next, I’d want to explain to you that potential debt providers have three options when it comes to debt financing. Interest rates are one of them.

What are the other two, in your opinion? The length of your loan and the amount of money you have put down.

I like to convey my son’s tale of how he ended up purchasing a brand new Jeep Grand Cherokee as an independent customer. He financed it for 7 years, put nothing down and I guess it was like 1 percent interest.

You wish to utilize that car as a fleet vehicle for your company, but the same vehicle could only be financed for three years, would need you to put down 30%, and the interest rate would most likely be more than what the consumer market offers. So, instead of receiving it at 4 or 5 percent for a vehicle, you may end up paying 7 or 8%. The same vehicle must be paid for in two different ways.

So, if you’re concentrating on interest rates, you must comprehend that it’s like a box when you step in. I think in three dimensions since I’m dyslexic.

Guess what happens when you try to lower the interest rate? It’s like a gigantic balloon that pops somewhere else. “No problem, you want a lower interest rate, fine, give me a larger down payment to lower my risk, or let’s shorten the term because I know businesses fail.”

In three years, 51% of them will have gone out of business. “Let’s make it a two-year term,” I reasoned, “because now I only have a 30% chance of failing.” Do you see where I’m going with this?

They’re all trying to figure out which of those boxes they can focus on, and then all of a sudden, the other ones grow [to maintain the box’s capacity]. As a result, we have three distinct controls.

We now have the equity financing option on the opposite side of the equation. I have a stock certificate there because I believe it will be recognized as stock or equity by most people.

So, what happens if you’re a stockholder? At the end of the year, the corporation gives you dividends. That is the profit [the company] made, and they now want to transfer part of it [to investors].

They may decide to keep [some earnings] and reinvest it in the firm in order to increase the stock’s asset value.

It does not, however, have to be brand new. We don’t offer shares of stock to limited liability companies, for example. When individuals put money into a business, they are entitled to a share of the earnings that the company earns.

They may also deduct losses from their taxable income. Because such enterprises are what we refer to as pass-through corporations, the investors must either pay the taxes or claim the losses against other sources of income.

As we sit here and speak about equity, it’s clear that it’ll be the most popular method to raise funds. It’s possible that this will come from friends and relatives.

For a long time, I had a co-counselor who published a book on compassionate lending. She said that we all knew 10 individuals who may be interested in investing in our company.

Our customers, of course, would constantly put her to the test. “I don’t believe I have ten people who could invest in my company.” She’d respond. “Are you a doctor’s patient?” They would respond, “Of course, I go to the doctor.”

“What does your doctor do with the money he has left over?” Is he a stock market investor?” Those are the kind of passive investments that, by the way, are very tax inefficient.

However, if I invest in your company, I have a decent chance of making a profit. Your company could be able to provide me with a better cash flow. Similarly, I may be able to absorb some losses in order to balance my large compensation.

There are individuals in your company that are both upstream and downstream of you. Vendors are those who sell you something.

If I’m a vendor and I’m selling you a product and I have an equity ownership in your company because I put some of my spare cash into it, you purchase that product for me, and I receive a lot of that money back. As a result, it behooves me as that vendor to invest in your specific firm if I believe in your business strategy and goal.

To be honest, if no one wants to invest in your company, something is [wrong]. You may need to hold a mirror up to yourself and say, “Maybe there’s something to this, but it’s not something I want to go full throttle on.”

What are the best financing choices for your company?