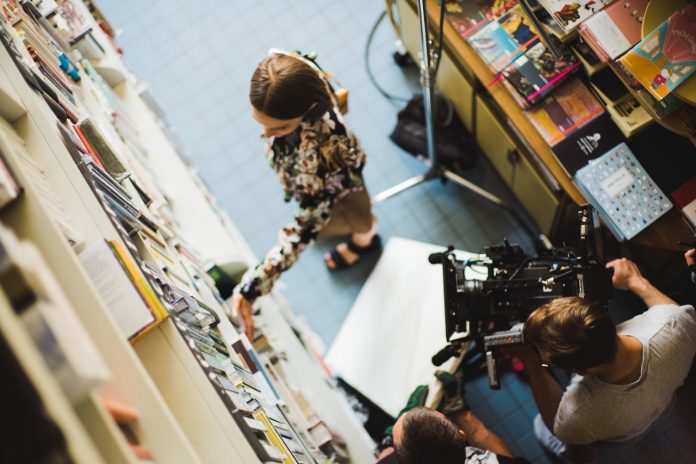 It goes without saying that the COVID-19 pandemic of the last year and a half has changed life on Earth in more ways than we can ever fully know.

Even now, despite substantial drops in confirmed cases of COVID-19 here in the United States, and despite the rollout of numerous vaccines that have proven to be highly effective, we are still very much in the midst of a pandemic.

Certain industries are still fighting to recover from losses directly caused by the pandemic and subsequent lockdown periods, especially the restaurant and food service industry and local retail businesses.

But the general public has paid little attention to changes within the entertainment industry throughout the crisis, even though some of these changes are still in effect today.

2020 and 2021 saw variation in how different studios and production companies handled post-lockdown production, but it wasn’t that long before feature film productions and television productions returned to operation.

However, the entertainment industry is known for cooperation of strong unions and for following careful safety guidelines.

This presented multi-billion dollar productions with one main problem: how could they continue to produce content without putting their cast and crew at risk in the face of COVID-19?

The answer, as it turned out, was to quickly develop complex methods for assuring safety, and Laavanya Hunt helped us to understand those methods.

Laavanya Hunt is a producer and Health and Safety department professional in the entertainment industry.

Following an internship with the award-winning production company Partizan Entertainment, known for The Greatest Showman and Eternal Sunshine of the Spotless Mind, Hunt relocated to Los Angeles.

In LA, she has worked in the Health and Safety department for major shows, including Snowfall, Mixed-ish, Grown-ish, For All Mankind, and as a testing administrator for Reservation Dogs, an upcoming comedy series co-created by Oscar-winning director Taika Waititi.

Hunt has extensive experience helping to oversee and enforce COVID prevention efforts on the sets of major television shows, and she agreed to discuss some of these experiences with us so that everyone can gain a more in-depth understanding of how productions keep everyone safe during a pandemic.

In a way, Hunt was thrown into the deep end during her first experience working in Health and Safety for a production.

“It was both amazing and stressful. I got the job during the peak of the pandemic, and our department was still working out some of the kinks. It was very hard to create rules and regulations that keep people safe without disrupting production.”

Under normal circumstances, working in Health and Safety for a production would certainly still be stressful, especially if the production was shooting on-location or if there were many stunts involved or other dangerous activities.

But when COVID is a factor, there is so much more for the Health and Safety department to manage and keep tabs on.

Sets operate quickly, because in film and television production, wasted time means that massive amounts of money will also be wasted.

On sets for major motion pictures and television shows, there are large numbers of people, including both cast and crew members.

For a team making sure that the transmission of COVID is prevented 100%, these very normal aspects of production suddenly become major challenges.

Hunt very helpfully explained to us the basic elements of her recent work in Health and Safety.

“There are three different zones, A, B, and C. Zone A people are tested three to five times a week. These people are the ones in close proximity to the actors. Zone B are people who work on set but are never around unmasked actors. Zone C are people who never step foot on set, like crew members in the office or transportation.”

Frequent testing determines whether each person will be allowed to enter the set on any given day. 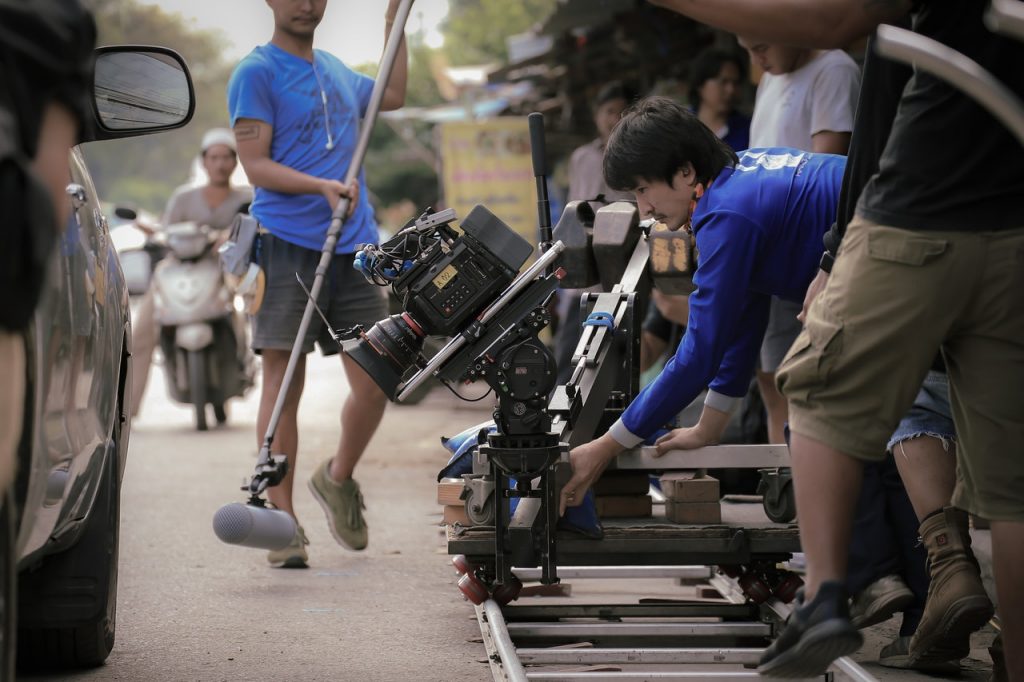 But the efforts don’t stop at testing. On top of these strict precautions, the COVID team of the Health and Safety department are there on set to ensure that everyone is obeying union rules and social distancing.

They also sanitize touched surfaces often, which of course is very important for preventing transmission of the virus.

If a member of the production tests positive, then they are instructed on how to isolate and contact tracing is used to determine other potential instances of transmission.

While these measures may sound a bit intense, it’s all in service of keeping everyone involved in the production safe.

When cast and crew members stay safe and healthy, they can continue to create the entertainment we know and love.

Hunt admitted that this work can indeed be stressful at times, and that stress is compounded when a health risk dominoes into logistical and scheduling issues as well.

“It can definitely be stressful. We’re dealing with a lot of sensitive information and our department is the first to know any medical information. Also, depending on the production, we test over 500 people a week and deal with any scheduling conflicts, union rules, studio needs, and budgeting.”

On a well-run set, every person pulls their weight. It simply wouldn’t make sense for a production company to hire performers or crew members who won’t be needed during production.

To use a common analogy, it’s like a well-oiled machine, and when you remove even a single gear from that machine, it can threaten to bring everything to a halt.

This is where those logistical considerations come into play.

But in the meantime, the production itself can’t afford to stop and wait.

To prevent a slowdown, the Health and Safety team may need to find a temporary replacement or make scheduling adjustments that allow the production to keep moving forward, even while lacking a key crew member.

It’s difficult work, but when done well, potential interruptions are resolved as quickly as possible.

Of course, the positive effects of successful Health and Safety operations are enormous, especially for on-camera performers.

No one, in any field, wants to work in an environment where they don’t feel safe, and this is absolutely true for entertainment industry professionals.

As Hunt points out, on-camera talent are the most vulnerable members of a production during COVID measures because they don’t wear masks while performing.

“The performers are at the most risk because they are working without their masks around other actors who don’t have their masks as well which leaves them incredibly vulnerable. My work helps keep them at ease.”

When performers know that studios and production companies are doing everything they can to keep them safe, then they feel more comfortable as a result.

This builds a sense of trust, which contributes to an atmosphere of calm professionalism.

Everyone knows that they’re free to do their best work, without having to worry about their personal health.

Is it stressful to create that atmosphere by following strict protocols? Yes, but it’s also well worth the effort.

You may be asking whether the safety protocols we’ve been discussing here are still relevant.

After all, hasn’t the pandemic largely died down?

The short answer is that yes, these safety measures are definitely still relevant to entertainment production today, and they will likely continue to be for quite a while.

Hunt made this abundantly clear:

“Health and Safety is still an important part of production because we are still living through a pandemic. Additionally, we don’t know who is vaccinated or not, so we still need to test people to make sure they’re safe. Safety is always the most important thing on set, and I don’t think that the COVID department will go away anytime soon.”

There is no way of knowing exactly when the majority of the United States population will be fully vaccinated, and even then, the U.S. will still be receiving visitors from other countries as well. 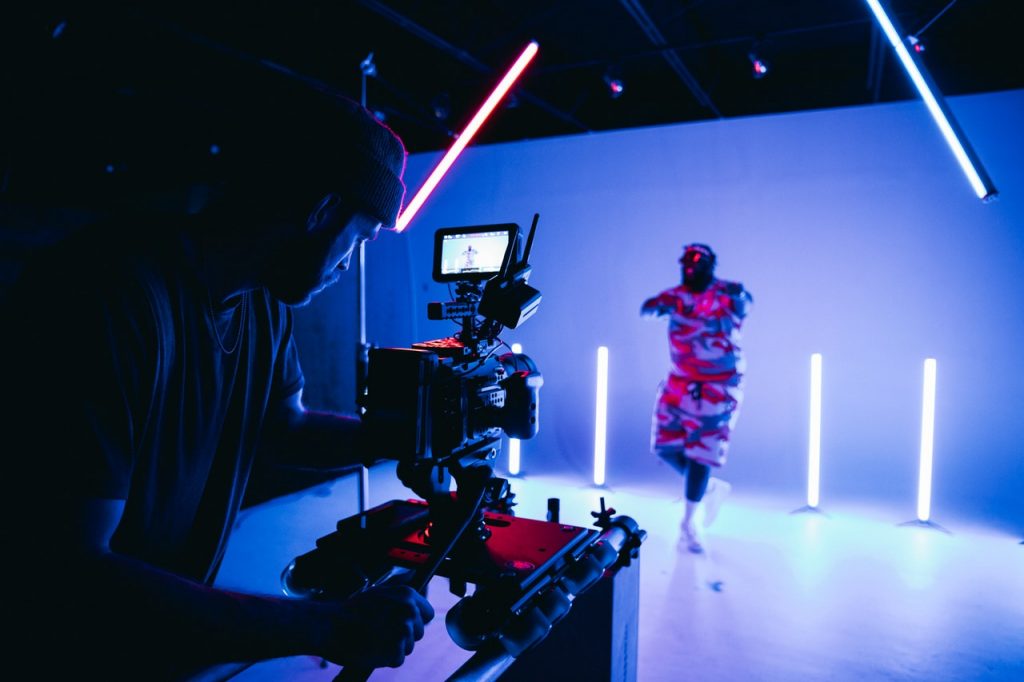 There are many substantial barriers to total population vaccination, too.

Yes, over time, new cases of COVID-19 will be minimized, and it could be a relatively short amount of time before all working production professionals are vaccinated.

But completely dropping COVID considerations from the Health and Safety operations of the entertainment industry would be a mistake, at least for the foreseeable future.

The entertainment industry at large has already made it clear that it’s capable of continuing to successfully produce shows and movies safely while implementing these measures.

While it may be stressful and demanding to continue these efforts, it is, without a doubt, the best possible option currently available.

We still get the entertainment we love, and the people making that entertainment can stay safe and healthy. What could be better than that?