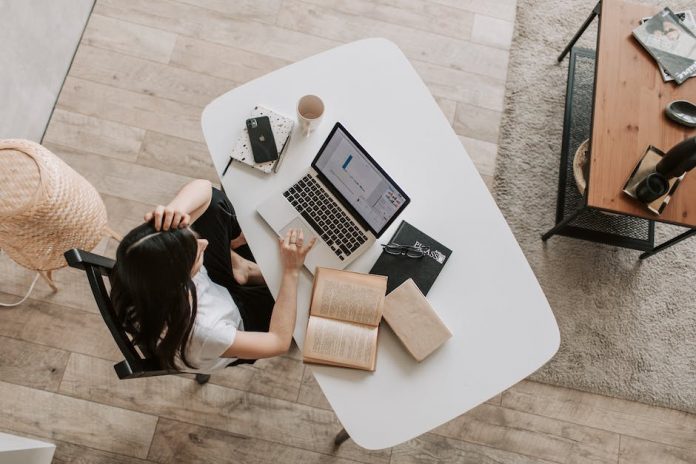 Neural networks have become the state of the art for many computer applications, including image recognition. They work by using very simple computational units called neurons that are connected together in such a way that they can be modified to perform complex tasks.

The most famous example of this is when a neuron learns how to recognize cats by being trained with lots of examples of cat pictures. A similar concept applies to neural network architectures.

Neural architecture diagrams show you the inner workings of a neural net by illustrating each individual layer and how it’s connected to next layer. These diagram types differ slightly depending on which kind of neural network the designer wants to depict, but all include some sort of graphical representation of the input, output, and layers in between.

Here we will go over several easy ways to draw different kinds of neural network diagrams and identify the parts of them so that you can apply these concepts to create your own.

Neural networks are interesting because they can be applied to almost any task, including classification, regression, and natural language processing (NLP).

One of the most important parts of deep learning is understanding how individual layer functions.

Layer types include fully connected, convolutional, recurrent, pooling, dropout, and attention layers. Each one performs an analogous function for their respective tasks.

For example, in image recognition models like VGG or ResNet, each layer computes features by taking input images and performing some mathematical operation on it. These features get combined into higher level concepts via additional layers such as classifiers or RNN’S that perform NLP-style analyses.

Intermediate feature maps from earlier stages of the model are fed forward as inputs to succeeding layers.

Connect the different layers of a neural network with diagrams 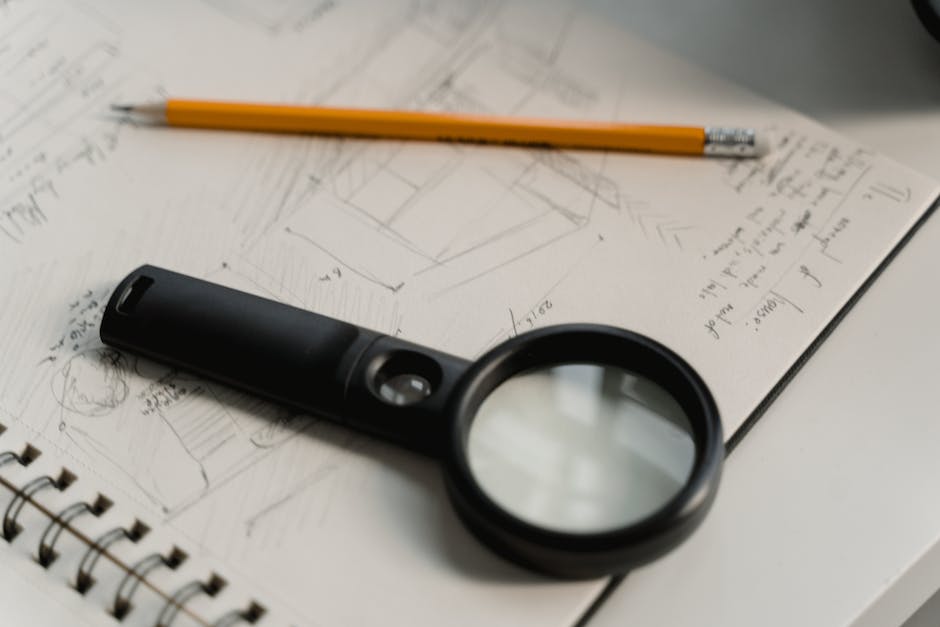 When starting out, it is helpful to have a general understanding of how individual layers in a neural network work. This includes knowing what each layer does, as well as which layers connect to what other layer.

Neural networks are complex mathematical functions that can automate learning and discovery for many tasks. For instance, they were recently used to create autonomous vehicles!

By having some basic knowledge about how certain components of NNs work, you will be able to play around more easily with pre-existing models and concepts like autoencoders or convolutional neural nets.

This article will go into detail about how to draw deep neural net architecture diagrams using free software (like Inkscape) and easy web tools (like Google Drawing).

Create a diagram of your own neural network 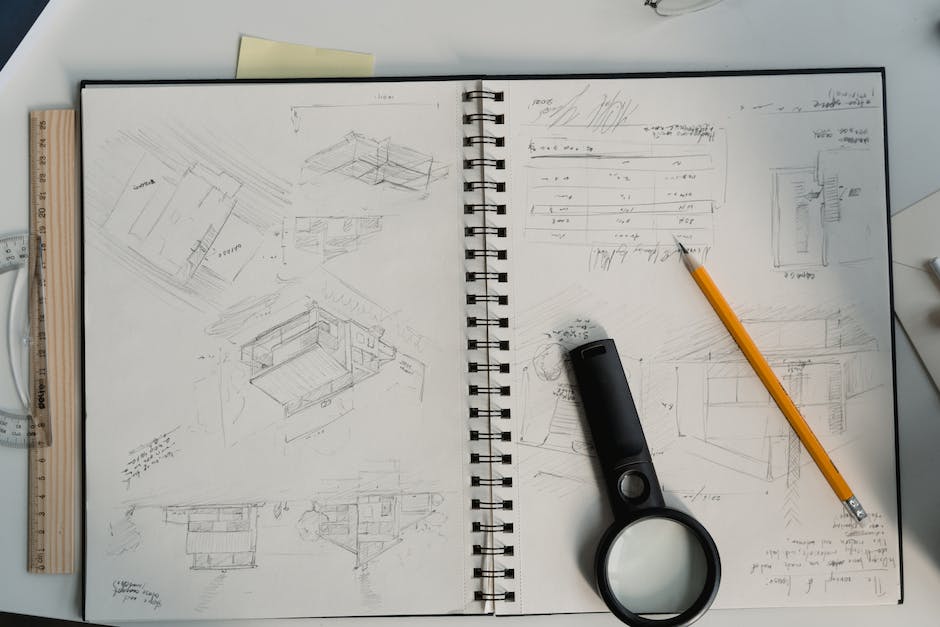 Now that you have seen some basic diagrams, it is time to create your own! It will take some practice, but soon you will be creating your own deep learning networks in no time.

To make things easier, this article will go over how to draw an architecture for convolutional neural networks (commonly referred to as CNNs). These are one of the most common types of neural networks used in state-of-the-art computer vision applications.

CNNs typically consist of several different layers designed to process small chunks of input data at a time before combining them together into larger patterns or concepts.

They occur in many areas such as image recognition, natural language processing, and speech recognition. By understanding how they work, we can apply what knowledge to other domains.

There are three main components of a typical CNN: the fully connected layer, the pooling layer, and then either a convolutional layer or a recurrent layer.

The fully connected layer connects all neurons within a given block to each other. This is usually where the classification takes place.

The next layer is called the maxpooling layer because it only looks at a portion of the input at once before merging information. This helps reduce feature overlap which improves accuracy and efficiency.

Afterward comes the convolutional layer, which applies filters to smaller pieces of the input. Repeat this process until there are no more meaningful features left.

Use the different elements of a neural network diagram

When drawing a deep learning network architecture, you will need to use several different shape and element types to convey the information in your diagram.

Input layer diagrams typically show one item as input to the neural net. For instance, if the image data set contains images and text documents, then it would be an example of an input layer diagram.

Trainable parameters indicate any components of the model that require user input during training. This could include weights for neural networks or even regularization constants for logistic regression models.

Evaluation diagrams usually contain three boxes with numbers in them. The first number is the accuracy of the test set, the second is precision, and the third is recall.

Creating a diagram of a neural network can be tricky because there are so many components! There is the input layer, the hidden layers, and then the output layer.

Neural networks usually have several neurons in each layer, but you do not need to include that information in your diagram. It is mostly up to you how detailed you want your diagrams to be.

You will also have to decide what type of diagram you would like to create. This article will go into more detail about different types of neural network diagrams and some examples.

In the input layer, you should draw an oval or circle for the input data. In the hidden layer, one typically uses a rectangle, while the output has a square shape. You can label these however you’d like, but make sure they are relevant.

General terms such as ‘Sigmoid Function’ or ‘Activation Layer’ are pretty self-explanatory, so use those if you are looking for inspiration.

There are lots of free online tools where you can design your own neural networks, which may help you in creating yours. Some even allow you to add extra features such as dropouts or batch normalization.

Overall, designing a basic neural network diagram isn’t too difficult. Once you get the basics down, adding additional features becomes much easier.

Neural networks are one of the most exciting topics in computer science at the moment! They have seen resurgence in popularity due to their impressive performance on many tasks, and how easy it is to apply them to new problems.

There are several varieties of neural network you can use for different applications. This article will talk about some common architectures and how to draw them.

Feed-forward networks work by taking input data and applying mathematical operations to produce an output. The most well known type of feed- forward network is probably the fully connected layer we mentioned before.

A fully connectd layer takes each individual feature or element as input and applies various mathematical functions together to create a single output.

For example, let’s say your model was trying to determine if someone has access to a boat or not. One feature might be the number of doors they have on the vehicle, while another could be whether there are windows or not.

After creating this fully connected layer, the system would combine all these features into one final prediction. Because there are no constraints like “this must add up to 100%”, every combination is possible, and therefore more complex than using a constant threshold.

This makes it difficult to tell which parts of the algorithm contribute most to the overall result. In addition to that, even small changes to any part of the algorithm may completely change the outcome.

Recent developments in machine learning have led to another breakthrough: computer programs that can perform advanced tasks usually referred to as artificial intelligence (AI). Technically speaking, these AI systems are called deep learning networks or deep neural networks (DNNs) because of how they structure their neurons and layers.

Deep learning has emerged as one of the most effective ways to solve complex problems in industries such as healthcare, finance, and marketing. By drawing inspiration from the way humans learn and process information, DNNs allow computers to apply learned concepts to new situations, which is why many consider them to be an integral part of the future of technology.

In this article, you will learn some easy steps for creating diagrams using your own knowledge as a reference! From there, you can use these techniques to draw different types of DNN architectures like convolutional neural nets, recurrent neural nets, and more.

Disclaimer: The materials included in this tutorial are designed to provide you with practical skills related to designing software. These resources include links to websites and videos that we recommend for self-study or classroom settings. In no way does this material claim to offer complete educational courses on any topic. Education at its core is about reading, discussion, and exercises to connect ideas together, so do not feel that this product is too rudimentary. Use the materials as readings that help move forward towards understanding topics and educating yourself.

Choosing the right neural network architecture for your task can make a big difference in how well it performs your job.

There are many different types of networks, each with their own strengths. By experimenting with several different architectures, you will find one that works very well for your problem domain.

Research into various network designs shows that most work better than simpler ones like fully connected layers or convolutional layers alone.

A few popular alternatives include residual networks, where adding an extra layer makes the net think it has seen more information before and learns from that. More complex versions of convolutions such as those using k-space methods improve accuracy slightly over normal convolutions while being much faster to train.