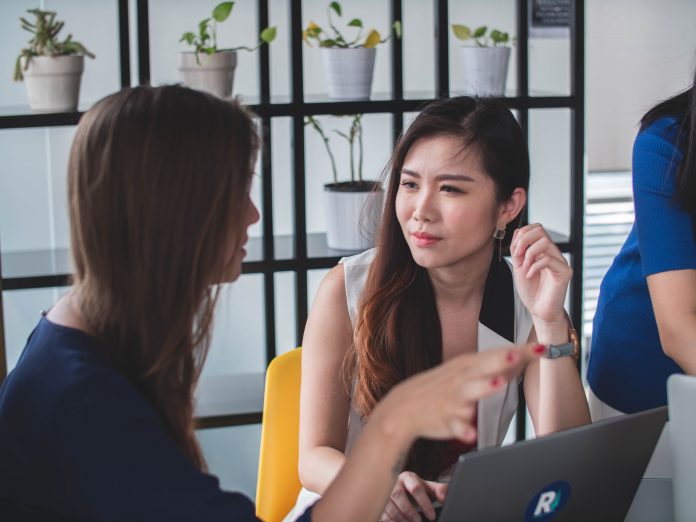 Have you ever hoped that a coworker would just leave you alone? Or do you have a coworker who refuses to accept no for an answer?

A team member might look persistent, demanding, or unduly aggressive in a variety of ways, all of which can be exhausting to deal with, even if you agree with them!

But, before you throw your hands up and walk away, consider the little variances between individuals. Is this individual attempting to intimidate you?

Are they too concerned because they can’t afford to make a mistake? Is their thought set in stone? Are their assessments so severe that you don’t appear to have any room for a different viewpoint or stance?

Or do they lack a “inside voice,” and their shrillness makes you think of them as a tyrant, despite the fact that they’re completely open to debate?

To put it another way, how much of your opinion of this person is based on their actions and how much is based on your own response to them?

Understanding the person, not just the behavior

One of my executive coaching clients recently asked me this question. He has someone on his team who he characterizes as “too black-and-white,” especially when she’s making a point.

She comes out as opinionated, almost as if she needs to win at all costs, and she’s so passionate that other people avoid dealing with her because they are frightened to disagree with her.

This level of ferocity may sometimes be attributed to a security/insecurity issue. It’s also worth noting that certain kinds of neurodiversity, such as autism, may cause intensity, forcefulness, and a strong commitment to one’s own position without evident humor or softness.

So I asked my client if he could elaborate on what makes this team member tense or trips her up in the course of her workday.

My client told me about occasions when a member of his team had complained about being shut out of meetings with coworkers or other groups. He further said that she makes a huge issue out of little slights or blunders, and that she would even send unpleasant letters if she believes her judgments or actions are being questioned.

I indicated that this team member is assertive about her thoughts because she wants to be taken seriously and cares about things being done right and accurately. Or, as I suggested to him, she could be a bit judgy and severe because she is committed to effective operations and is meticulous in her own work, but believes others are not.

Clarifying social dynamics is especially important for neurodiverse workers, but it may be beneficial for everyone. I asked him to try to recollect whether he had been extremely straight with her in the past about any actions that looked out of range:

The most important question to ask when evaluating a person’s intention and willingness to change is: Does she accept new information and adapt her perspective depending on it? If you answer yes, as this individual did, it’s more probable that you want to be heard or don’t want to feel helpless than it is that you have inflexible thinking.

My client and I spoke about how he might help this team member by coaching her and making it simpler for her coworkers to cope with her. One strategy would be to inform her that she often expresses herself aggressively, in ways that imply to others that she is uninterested in their viewpoints or that she is not open to debate but must win, and to ask her whether she is aware of this.

I recommended my client to convey to the employee that her conduct isn’t beneficial to her if others feel scared or turned off by it. And I advised him it would be beneficial to delve more into her background and intentions: Was her tone intended to make her seem powerful so that she wouldn’t be challenged?

Is it possible that she became loud because she was anxious or for another reason?

It’s also worth looking to see whether a confrontational or defensive tone is present in both verbal and written communication. If it isn’t consistent, you might inquire about how the individual learnt to be less intense in one format and how that approach could be translated to the other.

Whether the problem is a learned personal style or a kind of neurodiversity, written communication allows the employee more time to consider and pick word choices, which may help them change their delivery and, in turn, their colleagues’ reactions to them.

In most circumstances, if a colleague is usually talented and responsible but comes on a little too strong, they can learn to adapt — unless they feel that others don’t work up to their level or are morally or philosophically weak and need to be coerced into doing their job.

If, on the other hand, someone is not entirely competent or their thinking is so inflexible that they refuse to change their minds, even after a new route has been established and communicated, the issue is not stylistic and the remedy is more difficult. That’s why the first step is to figure out what they’re thinking and whether they’re conscious of how intense they seem.