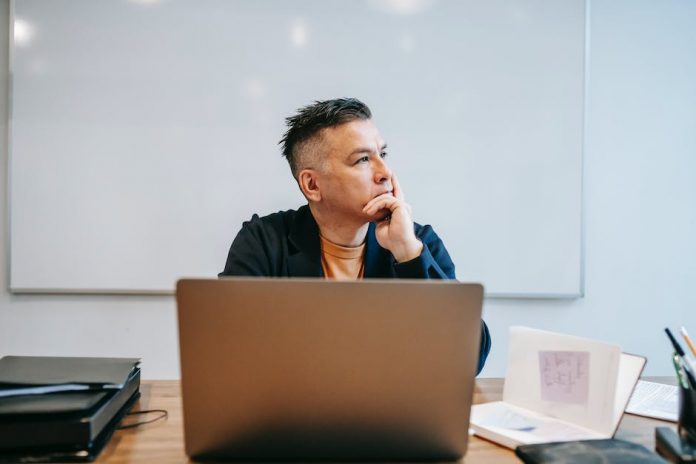 Recent developments in artificial intelligence (AI) have attracted significant attention due to their potential to radically change how we live our lives. Some refer to this technology as “machine learning” or, more commonly these days, “deep learning.” Both terms describe AI systems that learn by exposure to data — like humans do.

But while human thinking is constrained by natural laws of physics, mathematics, and logic, intelligent machines are not. This gives them unlimited flexibility to apply learned skills to new situations, which makes them very powerful.

Deep neural networks are one type of machine-learning system that have become particularly popular over the past few years. These systems resemble the structure of neurons in your brain, and therefore some experts call them “neural network algorithms.”

By incorporating advanced mathematical concepts into computer programs, engineers have been able to create software solutions that can perform complex tasks with impressive precision and speed. For example, deep learning has enabled computers to recognize objects in images, classify e-mails as spam, and translate written language from source languages into other ones.

This article will explore the basics of deep learning, including what types of layers it consists of, why they’re important, and how they work. Afterwards, you’ll also learn about different architectures for developing your own deep learning projects, along with tips and tricks for optimizing performance. 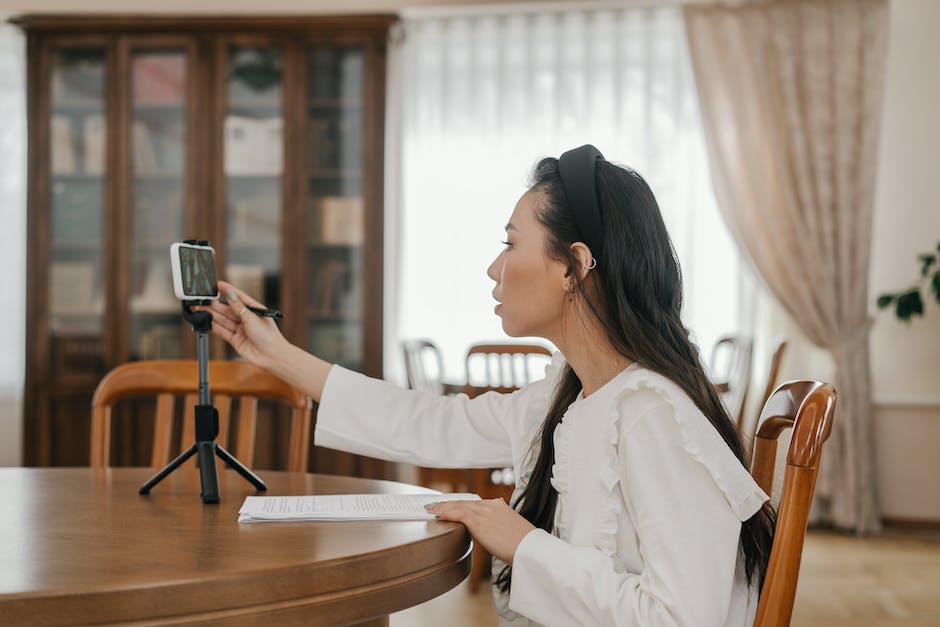 Artificial neural networks are not new! They have been around for more than half a century, but they were never widely used until the past few years. Since then, they have become one of the most important topics in computer science. Neural networks have returned as an extremely popular method for solving complex problems.

Many people refer to artificial neural networks as “learning machines” or even “thinking computers.” This is because these networks seem to mimic how humans learn through experience and perception. When you teach someone something new, you begin with simple concepts that make sense to you, and slowly work your way up from there. The person being taught will sometimes show signs of confusion, but you keep trying to push through it and eventually they will understand the concept.

Deep neural nets are no different. At their core, they use connections (or ladders) between nodes to identify patterns. These patterns can come directly from data, or be applied intuitively like when we recognize shapes or sounds.

There are several types of layers in a typical deep net, typically three per layer. Each node in a given layer receives input from all preceding layers and produces output only for the next layer. Nodes within each layer take their inputs and perform mathematical operations on them before passing the results onto the next layer. In effect, successive layers combine together into one large computation.

The key difference between traditional AI and modern day deep nets is the number of layers. 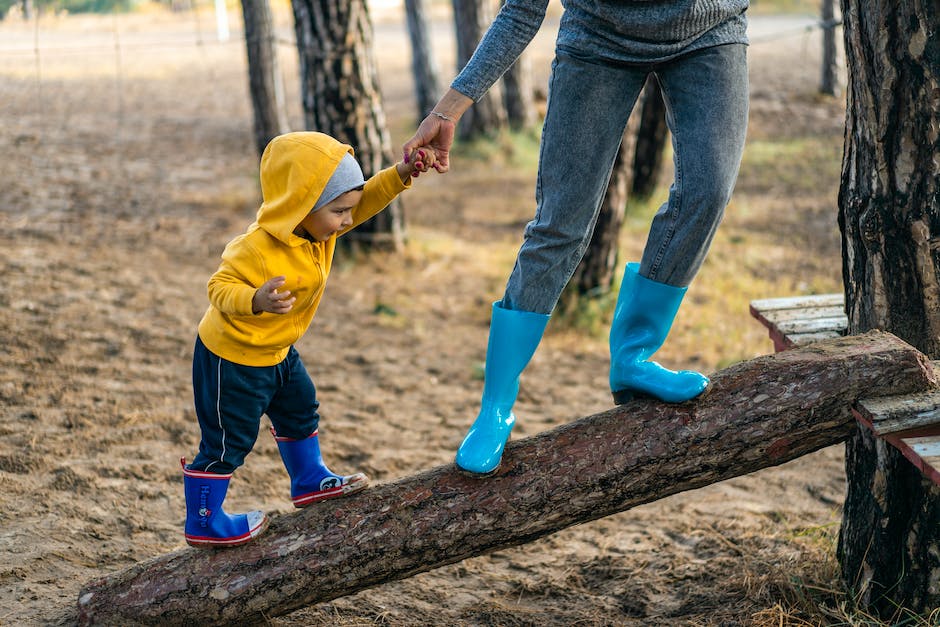 Recent developments in artificial intelligence (AI) are drawing attention because they seem to mimic how humans think and use reasoning to solve problems. Technically known as “deep neural networks,” these systems contain multiple layers that process input data sequentially before producing an output.

By incorporating features into different layers, AI programs can recognize increasingly complex patterns in data. For example, if you gave a computer pictures of people, it would be able to identify each person by their facial structure, shape of body, etc.

Machine learning is now being applied to tasks once considered too difficult for computers, such as natural language processing and understanding of images and videos. These applications exploit the fact that machines have gotten good at solving specific problems through repeated practice and experimentation.

A major advantage of ML over earlier forms of AI is its ability to learn from large amounts of data. This makes it possible to train algorithms using examples taken directly from real-world situations, rather than having to be explicitly programmed with knowledge of certain concepts or rules.

Another benefit of ML over previous AI techniques is its potential for automation. Computers can carry out complicated calculations much more quickly than requiring someone else to do so.

Recent developments in neural networks have brought to light some limitations to their effectiveness. These include systems that seem almost completely incapable of ever changing or adapting, even when presented with new data.

A well-known example is how many AI programs are unable to recognize animals beyond a very specific category (e.’t like this monkey!”). Another is how computer software often uses heuristics instead of algorithms when solving problems, which can sometimes work better than using an algorithm.

Both of these situations arise because the system has run out of ways to apply its current knowledge. It has “filled up” on what it knows about certain concepts, making it difficult to apply those lessons to something novel.

This is not a fundamental limitation of the technology, but rather an issue with how the system was designed. Systems that address this by seeking out input from outside sources tend to be called white box approaches, whereas ones that rely more heavily on already learned information are referred to as gray box methods.

However, there may be times when a black box approach is preferable. This happens when we don’t want the machine to tell us anything extra about the content, for instance if it contains sensitive material. Or maybe you just don’t want anyone to see what secrets you were looking at before you locked down your profile picture.

Recent developments in artificial intelligence (AI) have been referred to as “deep learning” or, more commonly these days, just “neural networks.” Neural networks are computer programs that mimic how neurons work in our brain!

By taking inspiration from this analog, researchers develop algorithms that learn complex patterns and relationships by feeding large amounts of data into them. Algorithms with neural network architectures can be trained using vast quantities of data so they always find an answer, even when there is no exact pattern for what you ask about.

That sounds pretty impressive, right? Neurons do their thing by connecting up with other cells, and AI does the same. In fact, some people refer to the algorithm itself as a neuron because of this analogy.

Deep learning has seen astronomical growth over the past few years, powering advances in areas like speech recognition, image classification, and natural language processing. Some companies use it exclusively for internal purposes, but it is becoming increasingly common outside of tech too.

This article will go through the basics of neural networks, talk about why they are interesting, and then discuss several uses for them. 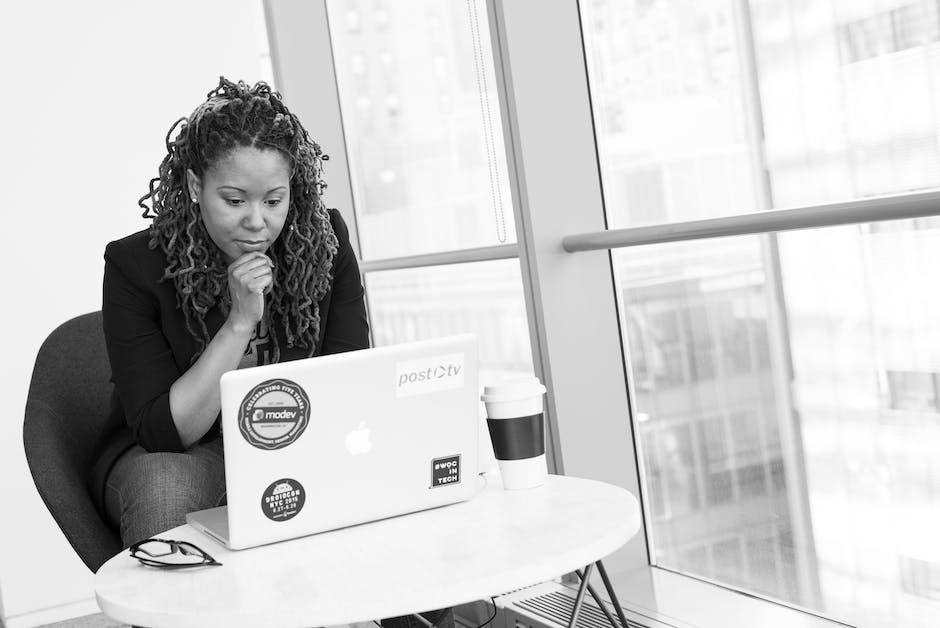 Recent developments in artificial intelligence (AI) are now being referred to as “deep learning”. In fact, some experts even consider this new technology to be the next major milestone for AI.

Deep neural networks (DNNs) are computational models that mimic how our brains work. DNNs have several layers of nodes that process information sequentially or in parallel depending on what input they receive. Nodes at each layer learn simple concepts (e.g., lines, shapes, colors), then combine these concepts into more complex ones (shapes with lines becoming pictures, colors mixing together forming shades).

The first such deep network was designed by Geoffrey Hinton, an English professor at University of Toronto who coined the term ‘neural net’ in 1989. Since then, he has conducted research focused on developing better architectures for DNNs, tweaking their parameters, and testing different training strategies.

Dr. Hinton is best known for his contributions to back-propagation, an algorithm used to train DNNs. He also pioneered methods called ‘transfer learning�’ and ‘unsupervised pre-training’ which enable machines to pick up new skills quickly.

Since then, many other researchers have made significant progress applying DNNs to various tasks, including speech recognition, computer vision, and natural language processing. Some applications are real time, while others require extensive computing power and/or large amounts of data. 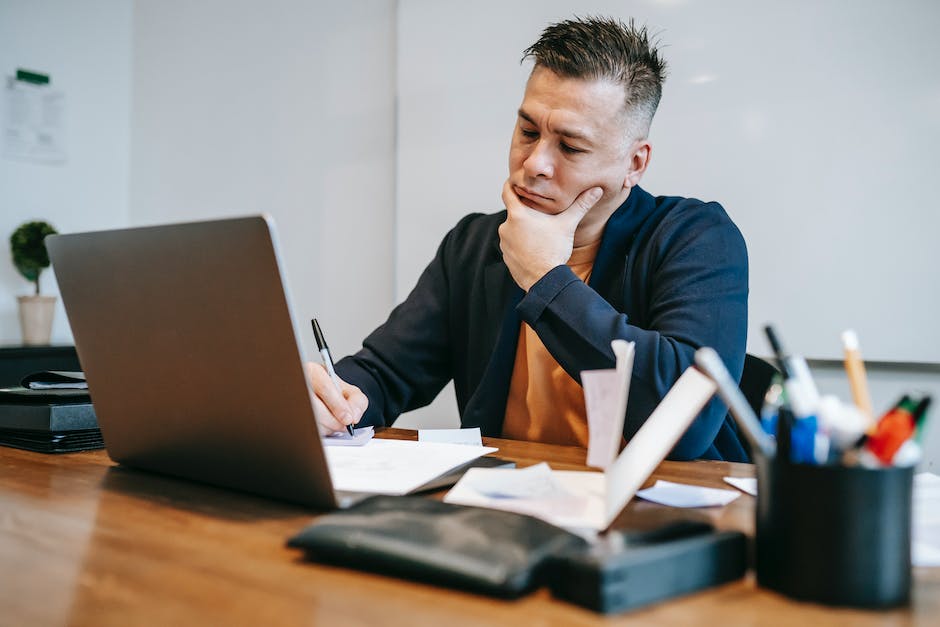 Neural networks are an increasingly popular way to solve complex problems. Technically, they’re called deep learning because of how many layers there are in each network.

A layer of neurons is connected to one or more subsequent layers using synapses (short pieces of protein). The number of connections per neuron and the thickness of those connections increase as the layer gets deeper.

That extra depth allows for more complex patterns to be analyzed. For example, a deep net can identify cats by looking at lots of still pictures or videos!

Let’s take a closer look at what makes them all so powerful before we dive into applications of AI. 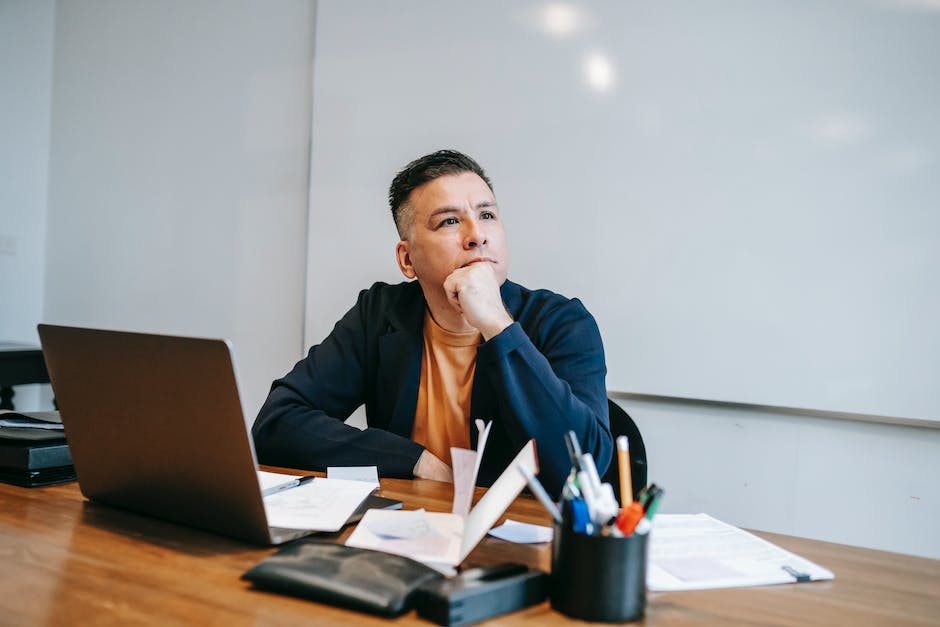 Neural networks are some pretty interesting concepts in computer science. They are called network-based algorithms because they use an input layer, a bunch of nodes (or layers) connected together, and an output layer just like humans do!

The term “neural” is used to refer to the way that neurons connect with other neurons. These connections are what enables our brains to process information and recognize patterns. In fact, when we talk about how smart someone is, it typically comes down to how many connections they have in their brain![1]

At Stanford University, Professor Rajesh Kumar coined the term deep learning back in 1989. Since then, it has exploded in popularity due to its incredible performance on large datasets. Now it is one of the most prevalent types of machine learning used throughout industries.

Deep learning isn’t simply studying lots of examples and figuring out which pattern matches each example – it’s much more complex than that. But by breaking down the task into smaller parts, creating ever-learning systems, and using techniques such as gradient descent to optimize those components, you get very advanced technology.[2]

There are several variations of deep learning, but all require complicated math or computational geometry to work. 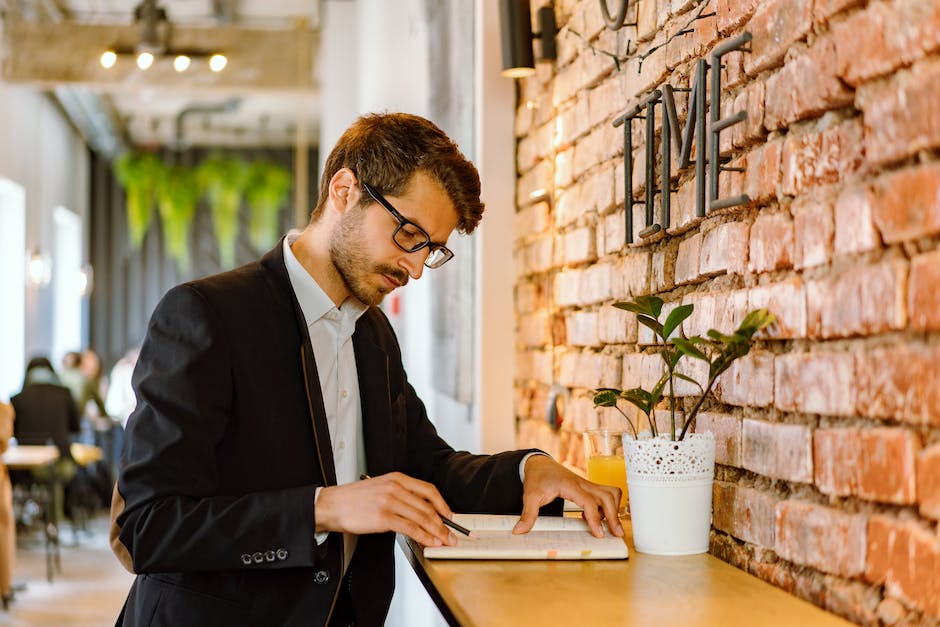 Recent developments in machine learning have brought about new terms, algorithms, and concepts that improve upon earlier models. One such concept is called deep learning. Technically speaking, this term does not refer to neurons or brains, but it comes very close!

Deep learning refers to computational methods that use large amounts of data to produce increasingly complex outputs. For example, using lots of training data, computers can identify objects in pictures or videos. Computer software uses these techniques for applications like automatic speech recognition (for phone calls) and natural language processing (for conversations).

Researchers are now exploring whether deep learning could be used to enhance human thinking. Some studies suggest that advanced computer programs may someday simulate the way humans learn and process information. This would give people more efficient ways to organize and access knowledge, as well as better tools to deal with mental challenges (like anxiety or depression).

However, other studies warn against giving computers too much intelligence. If technology ever reaches a stage where machines take over, there will be no one around to control them. Therefore, we must continue to emphasize the value of education while also being aware of potential risks.