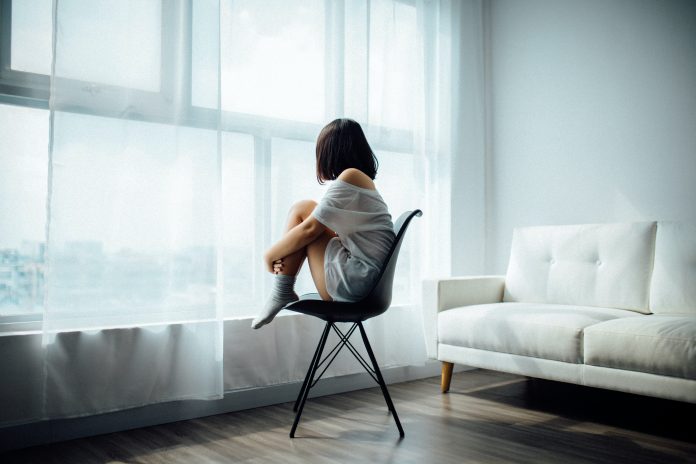 This is where you and I have both been.

We worked really hard in preparation for a presentation. I tweaked and altered it many times.

We were both apprehensive and enthusiastic about delivering this presentation. We practiced. Then things didn’t go according to plan.

People immediately compliment you on how fantastic you were. So concise and considerate.

You believe to yourself, “It’s impossible!” I know I failed miserably. They didn’t recognize it, which was fortunate for me. Your mind is directing you down the path of cognitive distortions.

What are cognitive distortions, and how can you recognize them?

A cognitive distortion is an excessive pattern of thinking that is not founded on facts, of which there are many. As a result, we tend to see things in a more negative light than they actually are.

Our mind leads us to think things about ourselves and our surroundings that are not necessarily true in a cognitive distortion.

Mind you, we’re all prone to cognitive distortions from time to time. It’s an element of the human condition.

This is especially true when we are depressed. However, if we indulge in them too regularly, our mental health will suffer. Our capacity to function successfully will suffer as well.

We will be better able to recognize cognitive distortions if we have learned to recognize them. We may then rephrase and redirect our thoughts to have a less detrimental influence on our mood and actions.

Burns researched and listed the 15 most prevalent cognitive distortions in great detail. I’ll concentrate on the seven that you’ll most likely identify right away.

The first step in reversing the negative thinking that lies at the root of these mental processes is self-examination.

Mental filtering is the act of ignoring the good aspects of a situation in favor of focusing on its flaws.

Even if a scenario or person has more good elements than bad ones, we are prone to focusing only on the disadvantages.

For example, it may be time for your company’s performance evaluation, and your manager keeps complimenting your hard work. Finally, she offers one idea for improvement.

You leave the meeting unhappy and spend the rest of the day thinking about that one recommendation.

2. Polarization
The act of thinking about oneself and the world in an “all-or-nothing” manner is known as polarized thinking.

This form of cognitive distortion dominates us when we think in black or white, either/or, with no shades of gray in between.

All-or-nothing thinking often leads to excessively unreasonable expectations of ourselves and others, which may have a negative impact on our relationships and drive.

You may have made the decision to consume healthful meals, for example. You didn’t have time to make a supper today, so you ate a bacon burger instead.

This causes you to believe that you’ve damaged your good eating pattern, and you decide not to attempt again. You’ve just set yourself up for failure due to your mindset.

When we overgeneralize anything, we convert a single unpleasant occurrence into a never-ending cycle of defeat and loss.

If you stand up at a team meeting, for example, your ideas may not be included in the project. You think to yourself as you leave the meeting, “I just ruined my chances for a promotion.” I never say what’s appropriate!

Overgeneralization may also show up in our perceptions of the world and its happenings. Your stream of thought is littered with words like “always,” “never,” “everything,” and “nothing.”

For example, suppose you’re late for work and hit a red light on your way there. Nothing ever goes my way, you think.

When we leap to unfavorable judgments about an event or scenario, we do so without any facts to back us up. Then we respond to our hypothesis.

For example, your boss seems solemn before a meeting. Instead of asking how he’s doing, you think he’s upset with you about anything.

As a result, you remain stern and distant. Your coworker’s supervisor is, in actuality, having a horrible day.

When you jump to conclusions or “mind-read,” it’s usually in reaction to a persistent idea or worry. Your conduct exacerbates a problem or relationship since your conclusion is unsupported.

5. Believing in doom and gloom

Jumping to conclusions is linked to catastrophizing. In this example, you leap to the worst-case scenario in every circumstance, regardless of how unlikely it is.

This kind of cognitive distortion is often accompanied by “what if” queries. What if he didn’t call because he was involved in an automobile accident?

What if she hasn’t shown up because she doesn’t want to be around me? What if I assist this individual just to have them betray or desert me?

In reaction to a single occurrence, many questions often arise. These kinds of questions tend to paralyze the mind and cause inactivity.

Personalization makes us assume we’re in charge of circumstances that are, in fact, entirely or partly beyond our control.

We frequently feel guilty or assign blame as a consequence of this cognitive distortion since we don’t consider all of the circumstances.

For example, your team member had an accident on her way to a meeting you assigned her to, and you blame yourself for urging her to go. Alternatively, you believe that if your spouse had gotten up earlier, you would have been ready for work on time.

We take everything personally when we personalize.

The term “fallacy” refers to deception, misunderstanding, or mistake.

Control fallacies may make you feel either responsible or in control of everything in your and other people’s lives, or they can make you feel like you have no control at all.

My employer is overworking me, and the workplace was really noisy today. Who could possibly get anything done in such a manner?

This is a fallacy of external control. You leave all of your behavior control in the hands of someone else or a situation outside of your control.

The notion that your acts and presence influence or control the lives of others is the other form of control fallacy. You may think, for example, that your actions toward a coworker make him happy or sad.

You believe that your actions affect all of their feelings, either directly or indirectly.

How may cognitive distortions be avoided?

Remember that your ideas, not the circumstances, are often the source of your distress. You may not be able to reverse the events that have occurred, but you may focus on rerouting your thinking.

Small tweaks may make a big difference. Here are some suggestions:

And no, dear reader, this list is not cognitive dissonance.

Thanks to Achim Nowak at Business 2 Community whose reporting provided the original basis for this story.

How to Maximize Your Annuity