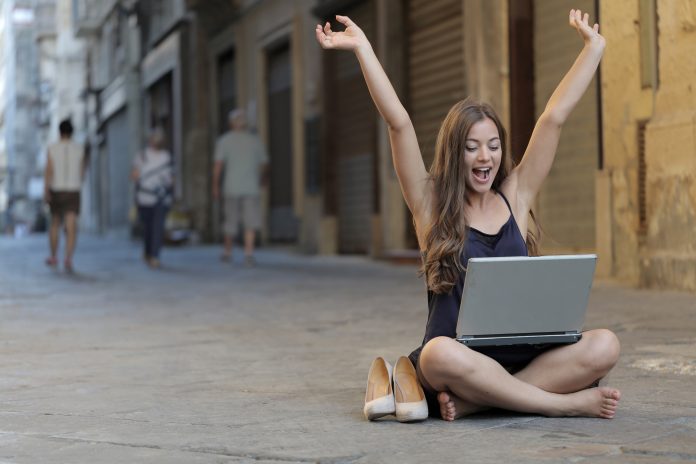 The key to success, according to successful individuals, is their habits. That’s why lists showcasing these “highly successful people’s habits” are so popular.

As a result of having access to these lists, you may be inspired to create these behaviors in your own life.

The number of successful individuals who depend on habits to govern elements of their life and achieve success is more important than the habit itself. Take, for example, financial guru Jeff Rose, aka the Wealth Hacker.

He was still unfulfilled after quitting a large brokerage business to establish his own. Despite earning six figures, owning a wonderful house, and beginning a family, this was the case.

“I didn’t know what I was missing,” Rose explains, “but I knew it was there.” Furthermore, he was unable to express his feelings to his wife, family, or friends.

“I was trying to unlock what it was that I was missing,” Rose adds. And it was through this study that he found “some things, some commonalities that successful people have, successful habits that they had implemented, into their daily lives that I hadn’t yet that I wasn’t doing.”

He made tiny modifications in his life to acquire these behaviors, despite his initial skepticism. They eventually had a significant influence on his personal and professional lives.

So, what were these alterations that he made? So, here are the six behaviors of wealthy people that Rose claims would transform your life.

“All right, so I’m going to start in the bedroom,” Rose says, “because this was by far the biggest change of all of them.” But, specifically, what did he alter?

Rose, who was a single parent with small children at the time, had a practice of retiring to bed about midnight, one, or two a.m. “I was researching online marketing, I was growing businesses like crazy, and I just got a lot of stuff done in the evenings or later evenings after my wife went to bed, after my kids went to bed, just living that hustle,” he continues.

“However, I didn’t even set my alarm because of the way I woke up every morning,” he says. “The way I woke up was when my wife got up, and I knew it was time to get up when I heard her in the shower.”

Until he read Miracle Morning by Hal Elrod, he would literally simply roll out of bed every morning, not realizing how unproductive this was.

“I realized that if you start your day with no intention, no purpose, you are missing out on so much,” Rose says. “You’re not aware of how unfocused and uncommitted you are on that particular day.”

Rose started to question why he didn’t have a daily ritual after examining other wealthy individuals and their morning habits. “Why wasn’t I waking up with a sense of purpose and intent like other wealthy people?”

And entrepreneur Gary Vaynerchuk wakes up at 6:00 a.m. every morning, despite having probably not slept at all the night before. “However, all of these people, all of these wealthy people I read about, their morning routines were all they were getting up early and just rolling out of bed,” he continues.

The intention was to get up and read a book in order to get some exercise. There’s a reason behind all of this. “So I started doing that, and I give Hal Elrod’s Miracle Morning credit for it.”

If you’re having difficulties going to bed in the first place, here are 8 things you should do to feel refreshed when you wake up.

Exercise on a regular basis

What was Rose’s next change? Make physical activity a top priority. To be honest, it’s not all that unexpected.

“Seventy-six percent of the wealthy aerobically exercise 30 minutes or more every day,” writes Thomas C. Corley in his book Change Your Activities, Change Your Life, based on a five-year study of the daily habits of 177 self-made millionaires. Aerobic workouts include things like running, jogging, walking, and biking.

“Exercise also boosts glucose production,” he noted. “Glucose is a source of energy for the brain. The more food you give your brain, the bigger it becomes and the smarter you get.”

Furthermore, regular exercise produces endorphins, which boost your mood. It will also offer you more energy and discipline, as well as maybe open up networking chances.

Exercise is also a good strategy to achieve a better night’s sleep.

What if you’re short on time? You may schedule exercise by putting it in your calendar.

This manner, it’ll be just like any other appointment you wouldn’t miss. Exercise should also be included in your morning routine.

Also, take a walk or jog during your work breaks.

Praying for others, listening to praise music, and meditating should all be part of your daily practice, especially in the morning. This allows you to disengage and give your brain a break, as Rose says.

Additionally, there is evidence that by meditating, you are enabling your brain to rest actively. As a consequence, your compassion and inventiveness increase.

This also aids in the reduction of stress, anxiety, and sadness. Prayer and meditation also help us to escape the fight-or-flight response.

Dr. Paul Hokemeyer, a marital, family, and addictions therapist, says, “Prayer and meditation are highly effective in lowering our reactivity to traumatic and negative events.” “They are effective because they direct our attention away from ourselves.”

Our limbic system, also known as our central nervous system, becomes hyper-activated during times of stress, which does two things: “it thrusts us into survival mode, where we freeze, fight, or flee the situation, [so that] we move away from the present state of being into a future state,” explains Dr. Hokemeyer.

“This also inhibits our ability to think clearly by shutting down our executive functions.” This is why, when we’re stressed, we’re more likely to make bad judgments and engage in self-destructive behavior.”

Don’t merely create objectives and forget about them

Rose, like so many of us, would set yearly objectives. “I felt really good that I was doing this at first,” he adds.

“However, the reality is that by the second month, by February of that year, I would have forgotten about my goals and would only reflect on them at the start of the following year.”

Is there a better way? Review your objectives on a regular basis.

In a prior Due post, Max Palmer said, “Figure out a routine that works for you in which you can reevaluate your goals and approaches frequently.”

“Otherwise, you risk being caught doing the same thing for long periods of time without much growth.”

Ask yourself, “Do I still want to work on this?” on a regular basis. “Is my current strategy the best way to accomplish this?” will assist you in staying on track.

After all, achieving objectives that are more difficult than anticipated is an uphill struggle.

“As a result, it’s easy to give up on a goal because we realize how much effort it’ll take,” Max says. “In some ways, this is a good thing because you may realize that all of the time you spent working on something was for naught.”

Did you know that the wealthy like to be educated rather than entertained? That is correct.

In fact, 88 percent of wealthy individuals “dedicate thirty minutes or more each day to self-education or self-improvement reading,” according to Corley, and “most did not read for entertainment.”

“The wealthy read to expand or maintain their knowledge,” he said. But, precisely, what do they read?

According to Corley, the affluent read three categories of literature: biographies of successful individuals, history books, and self-help or personal development books.

Rose’s last habit is to place a strong focus on the importance of connections.

It all started for Rose with a business coaching group. “Being able to be surrounded by other successful entrepreneurs, small business owners who were all committed to growing,” he adds.

He also recommended that you become more active with your community or place of worship. You might also become a member of a mastermind group.

Make your family and friends a priority at all times. For instance, no matter how busy your job schedule is, strive to be home by dinnertime so you can spend meaningful time with your family.

Thanks to Jeff Rose at Business 2 Community whose reporting provided the original basis for this story.